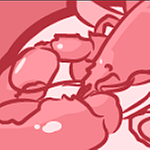 Like many of you, i am receiving duplicate messages and delayed texts for up to 24 hours or more.  Customer Service is useless. They pretend to help by having you TROUBLESHOOT multiple times...being that is the only way to gain access to the Golden Palace that is technical support. Once there, they try to tell you that a ticket was never issued, which is a bunch of lies.. SInce i have been calling back multiple times almost every day.

Well, on my last call they hung up since i was recording the conversation and they said its against policy,  I called back and they transferred me to ZTE. This is what ZTE said....

ZTE stated there are no issues with their phones. The problem in on Boosts end. They have identified the issues as a signaling problem.  The only fix that ZTE offers is to go to the app setting and clear the cache and reset the texting app.  I am on the phone with them now trying to find an answer to my question...what has ZTE done to remedy the problem since Boost is passing the buck and are aware of the problem...They are not looking for the answer.

ZTE has stated that they are aware of the issue, but like BOOST they could not give specific details other than its a signaling issue with Boost.

Now, since many of us pay a monthly service fee. We are not receiving the service we are paying for.  If we did not pay our fee they would disconnect service. But they also have a contractual obligation to provide 100% service which they are not.

I highly recommend that each person experiencing issues with their device...to contact they Department of Consumer Affairs in their State and file a complaint.  Boost is not willing to assist or provide a solution expect for Troubleshooting and entering ##72786#.

We are consumer and have a right to receive the services being paid for. If not, they owe us our money back or at least be honest with the customer that they are experiencing issues.

They made me buy a new phone by stating my phone was broke. I bought a new one and the same issues...

I was told to download a new text message app and that would fix the issue,  and guest what!! Everything is the same.

I would like to know everyone's opinion,,please respond back

I agree. Boost sells these "phones".  And by golly they make sure they are locked to them. Since you can't even take it elsewhere I think that makes them 100% responsible to provide the services you paid for.

I am also having the same problem.i thought it was just my phone

No it's not your phone. Boost is the issue. They are ignoring the customer.

Shoot me a PM and I will investigate.  As I understand you are receiving delayed and duplicate texts, correct?  When you PM me, could you please provide date and time of 3 delayed texts and the same for duplicate.s?  I can trace those and see if I can find the breakdown.

Mine is doing it also and I have only been with boost since last week. I am already completely frustrated. Please help!

It's more than 3 messages being sent and received. To answer your other questions, I narrowed it down to it only happens when I'm at home or work and connect to WiFi. What is the next course of action?

Thanks for the information, @crystalmartin. Can you please let us know the make and model of your cellphone?

It's been happening all day everyday. Boost is 9gnoring the issue switching service at end of week

We advise you to follow the procedure describe above to try to fix the issue.

Thanks, @crystalmartin. Please follow these steps and let us know the outcome: turn on the Airplane Mode for two minutes, then turn it off. After that, please do the following steps: Settings> System Update> Update PRL> tap OK> Update Profile> tap OK. When completed, test the service and let us know if the problem persists.

Today yesterday you pick at all times. It's unacceptable. I  It's impossible that boost is unaware of anything. Too many excuses. In all I want my money back for a phone I did not have to buy. Poor service poor customer service.

So sorry to hear about this experience, @MrGreg414. Due to privacy reasons, we're unable to discuss private account information in public. Please, turn the Airplane Mode on for two minutes, then turn it off. After that, please update the Profile and PRL. Go to Settings> System Update> Update PRL> tap OK> Update Profile> tap OK. When completed, please test the service and let us the outcome.

I do not mean to sound rude but how many times does boost want to keep saying to do the same thing?? Seriously it's starting to sound very incompetant either fix the problem or admit you can't. Boost does need this to go further with media involved. Enough is enough ....