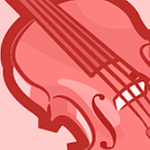 Should I stay or Should I go? It is up to Boost--or Not

Being a Boost customer around 7 years now, I was on the growing data plan and never saw my data grow and started the promotion at it's start and should have been upped to the max on time alone.  I now see others have complained of the same issue.  Too, I saw where Boost was supposed to investigate this and identify the affected customers and correct these customer's data plans to the max after the plan discontinued.    They never compensated me in this way--I am still  on 2g of Data-- but should have been upped to 5g.   Also, about a month ago, I called customer service and questioned why my service was so bad at the time.  I also inquired into why my data had never grown.   I was given the runaround, it seems as I was assured that management would look into this and  someone would call me back--within 24 hours.  Of course that call was never received.  They also never mentioned that Boost was being bought out by Dish.  This could explain some of the  recent service issues maybe??  I am now seeing different promises of an improved  service coming--but  as a past customer, I do not want to keep anything with no assurance it will ever improve --or at least Dish would meet existing customers with respect and better service going forth.  I refuse to be forced into a higher, more expensive plan.   They are now only offering maybe one  one plan sorta comparable to the growing data plan when I started out but (3gb of 4g) but it still would rob me from the 5gb data that I should have had now for years.  Also, I would not want to lose my discount from automated payments without a promise I could retain it with making changes. I would be happy to  have my data increased  and  being kept at the same monthly rate, while retaining my discount as I should be grandfathered in.   I suggest Boost to please try to correct this with the customers who have remained faithful in the past.

I  have been dealing with even more poor service, lost calls and late texts for a while now --and do not  wish to wait for promises that will never be upheld.   I did read in one article that Boost (Dish) is now trying to drive away past customers that wanted such 'deals' and now is catering to those who pay higher rates???   Come on Boost--I do not believe everything on the internet--but if this is in fact true--You are doing a good job--In this time who really wants such increases--your customers will disappear --as I am now contemplating in regards to your service.