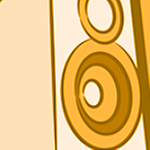 I bought my brother an A10e phone and he took the basic procedures to swap / activate the phone. It worked fine for 4 days until he started receiving his messages late and also his LTE icon and the bars went missing at times. We have tried speaking to numerous (7+) boost mobile chat agents on the support chat and some of the suggestions worked but the later ones did not. In one of the steps it was specified to update the PRL and the Profile, yet, when I tried to update the PRL it just gives me: "internal error 111." Also, I tried downloading and installing a system update to see if I could diagnose the problem or if that would fix it and it says: "Unable to update the software. A network or server error occurred. Try again later."

Good day @fatface1231 Thanks for reaching out to us! We sincerely apologize for the inconvenience you're experiencing. Would you please send us a private message with the next information?

Note: For you to send a me a Private Message only need to click on my username, which will take to my profile, once you're there on the right side of the screen you will see the  option to send me a Message.