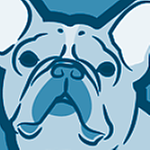 Boost has promised multiple times to unlock 2 phones which they admit are eligible to be unlocked under their unlock policy, but it still hasn't happened. I hope this post will be a proper warning to anyone who might consider being a Boost customer. Also it may be that someone can help me with this incredible situation, the worst experience I have ever had with a company in my entire life.

I have been a Boost customer for many years, and Sprint before that, but moving to Bisbee AZ we found that an older Samsung phone that had worked fine in New York did not connect to the network at all in our new home, and a newer Samsung had an unreliable connection. We ordered service from another provider. Since we owned both phones for more than 12 months with a Boost account we qualified for unlocking under Boost's unlock policy as displayed on their website. July 12, 2018, at 11:35am (according to my Google Voice record) I called Boost to get the phones unlocked. The man who answered gave me an unlock code for the older phone and said the newer one would be unlocked in 24 to 48 hours as per their policy. I complimented him on my experience with Boost until then. But I had never used their customer disservice before.

After 48 hours the newer phone was still locked, and after 10 calls to Boost it is still locked. The older phone (Galaxy Prevail, with 4GLTE) did not present a screen to enter the unlock code, which it is supposed to do when you restart with a different carrier's SIM card — I guess there is special Boost software in the way? So starting July 14 at 2:17pm ago I started calling Boost about that phone.

I called Boost 7 different times that day because each service representative gave me a different story and I was trying to get at least 2 that were the same before I could believe any of them. For example, one told me the phone would be unlocked within an hour. Another told me that the phone would be unlocked in 24 hours and Boost would call me when it was done (they haven't). The last person told me that it would take 2 to 5 business days for them to unlock this phone, which, after all the false stories, seemed like a slap in the face, and no more credible than the promises of the previous Boost employees. Also, the help desk at our new provider said that when his company unlocks a phone all they have to do is push a button — no waiting needed.

So far I think the Boost employees were all telling whatever story had worked for them or their supervisor before, (they were all different) but based on the fact that the phones are still locked none of them was telling the actual truth. And there was nothing I could do about it because they can say whatever they like and there is no accountability.

On July 15 at 4:34pm I got this email from noreply@sprint.com concerning my newer device, which I had been told would be unlocked by July 14.
"Your device with phone number [my phone #] should be unlocked within 48 hours. Please leave the device powered on. Call *2 for help. This email is not monitored"
I left it on for 48 hours, and the phone is still locked (July 19). When I dial *2 my screen displays "Mobile network not available." The experts at the new carrier say a phone doesn't need to be left on to be unlocked.

So on July 16, not trusting or accepting "2 to 5 business days," we took the phone to Felipe's Boost in Douglas AZ. We asked the guy to unlock the phones for us. He told the biggest lie from Boost so far: "Boost and Sprint can not unlock any of the phones we sell, the manufacturer has to unlock the phone." Wow. This is refuted not only by what my calls to Samsung and the new carrier said, but also directly contradicts the unlock policy on the Boost website. It's as if he thinks all his customers are illiterate. He repeated the lie even when I told him that I knew better.

On July 17 I called again, but I'm losing track of the lies.

On July 18 (yesterday) I received this email at 7:34am:
"Sprint is unable to unlock your phone due to programming restrictions on devices manufactured before February, 2015. You can try providing your master subsidy lock (MSL) code 342647 to another carrier to find out if it will work on their network. Please keep in mind we can't guarantee that your phone will operate correctly on another carrier's network. Each wireless provider determines whether or not they will utilize the MSL code to reprogram a phone for use on their network. This email is not monitored"

I called my new carrier, and they said there is no such thing as "programming restrictions on devices manufactured before February, 2015." I called Boost again at 12:34pm. The person said that that phone (the older one with the 342647 unlock code) had been unlocked at 10am (contradicting the email I had received that morning) and somehow that meant that it would be available for the new carrier within 48 hours. As of now it is not unlocked. The person also said that my newer phone would be unlocked within 24 hours. It is still locked.