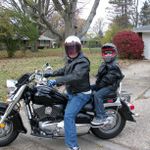 Boost Mobile insurance is a complete joke. Don't buy it.

I got a Boost LG phone in July 2018 after being with Sprint for 2 years. I have excellent credit and always pay on time. The other day I noticed my LG Galaxy wasn't charging and it was acting up for about a month. I finally filed an insurance claim on it because I didn't know what else to do? The insurance company told me the phone was less than a year old so I would have to send it back to the manufacturer. Later that night I noticed my phone had a cracked screen so I understood why I was having so much trouble with it. The next day I went back to Boost and called the insurance company and I told them I needed to escalate my claim. I was also told that each time I took any action with the insurance I would be billed 20 dollars which is nonrefundable. So I am now in the hole 40 dollars with no phone and the lady tells me it would two business days before I got a decision on my claim. Yesterday I go back to Boost only to learn that my claim had been rejected.

I had fully anticipated this decision concerning these greedy low lives at this insurance company. I could tell by talking to them on the phone that I was dealing with a group of possibly illegal immigrants from Pakistan or some where in the middle east. There wasn't an American voice of anyone I had talked to. That will tell you right there what you can expect from them. So I went and upgraded to a much better phone a Galaxy J3 for 95 dollars. I also bought a rapid charger at Walmart for 25 dollars and it is also a portable battery pack. I highly recommend that because there is nothing worse than having a dead phone all the time. I also installed a 32GB SD card which I had bought at Walmart some time ago for 22 dollars. I have been led to believe the 32GB card can hold some 300 thousand songs. I bought a protective case for 20 bucks and I told Boost to take the Pakistani insurance and shove it where the sun don't shine.

Now what am I going to do about this rejected claim? The guys and gals at Boost and this insurance company are going to absolutely love me when I get done with them. There going to wish to God they had just paid for the replacement phone for me. I went to an excellent college for 5 and a half years to earn a Bachelor's degree as a High School Earth Science teacher. So of course, I write pretty well as I am sure you are all discovering by now. First off I am going to Yelp, then I am going to write a scathing review of Boost Mobile and this insurance company warning people away from that deal. That will roost them alive after a couple of weeks of being posted. I am sure it will cost both companies hundreds if not several thousand potential future accounts. Over the course of a year of being posted, it might cost them 10 thousand accounts.  Boost Mobile will probably have to invest quite a few employee hours just to deal with this incoming complaint.

You know what they say people, pay back!

Oh, I never do anything and not identify myself. By identifying myself I know my complaints will have a much more devastating effect. Have a great weekend Boost.

The LITERAL Same thing happened to me. They are giving me the dead end run around!! They had me in tears.

Did anyone get it resolved? If so, How did you do It? I have Severe Anxiety and live alone. I need my phone. I'm lost. How can they be so cruel?!!

After reading your story that is my same story, it's like this company takes your money knowing they will deny your claim. The associate asked me only 3 questions before he filed my claim. Then said, unfortunately you are denied. No I didn't drop my phone, No there is no water damage, because I never dropped it in water. It just stopped charging. He never asked me to remove the back and see if the strip under the battery changed colors. An authorized Samsung center told me that moisture can get in your phone easy without you having to notice it. They insisted it would be covered under Samsung, Samsung said there's damage- that's why you pay extra for insurance!!! It cost me $40 to take a cab to this dealer only to tell me that they are wrong. But I can't speak to anyone higher up, they refuse to get me to Anyone who can resolve the matter. It's like they are accusing me of lying on the original claim!! I'm NOT A PHONE TECH!! WTF DO I KNOW!!

I blamed the original associate for filing a claim so fast before I knew WHY it stopped charging. I blame the insurance company, because it seems like it's their policy to not to do their job.

I can boost up for a dollar after a year, which doesn't take place till January 27th!!!

I'm even starting to think Boost is selling refurbished phones and they KNOW they won't last, so they do all they can to get you to spend a **bleep**load on a new phone!! It's outrageous and I demand further investigation into this company and their practices.

Something needs to be done to protect the consumers from these kinds of scams!!!

If ANYONE has had similar issues PLEASE post your story. Help us get Justice!!

My Name is Lori Fitzpatrick

Hello! Thank you for bringing this to our attention. We truly apologize for this experience. We'd love to help!

Would you mind sending us a private message with your phone number and PIN to verify your account?

Thank you for responding. I definitely will!  As I'm typing this tears are welling up in my eyes because of this stress I've going through.

It sounds silly, until you think your doing everything right, honest, hard working, and then your life is ripped out from under you because No one will help me. I rely on my phone to get to work and to speak to my grandchildren and daughter who live far away. I need someone honest and true to finally do the right thing and get something accomplished.

I will appreciate any help you can give me.

Did you filed a claim with the insurance?

We're waiting for your response on private messages. @LFitz55

We're assisting you on private message

Not just the 3 horrible get no where conversations, but the money I spent while they had me running around. Put money on your card and call us back, now go to Samsung, now wait 48 hours, jumping through hoops like a pink show poodle.....for real

I'm scared to call them back. But what's right is right. And this seems sloop wrong

The insurace associate on the phone did after asking me if it was cracked or had water damage.  I didn't SEE anything wrong with the phone. But he pushed a button,  filled the claim. I opened the back of the phone and Jessica ( my daughter in law) was right there andvheard the conversation and told me to check the strip in the back. And it was pink. The guy said, it's too late,  I already sent the claim in and said nothing was wrong with it. I'm still on the phone with you! Can't you say you filed it wrong. You didn't ask me enough questions, all in knew is it wouldn't charge, with no VISIBLE damage. How come im being punished for not knowing to check under the battery to see if it was damaged. But he said it's too late. He was acting like I'm filing a false claim by saying I didn't SEE any damage.  That dude had me in tears.

When I went to the Samsung dealer he said to call back and file another claim, knowing that IT IS truly damaged and explain you didn't know the things to check. Ask for a supervisor. I tried to call back, but the insisted I didn't file the first claim correctly, like this is my fault. I said,  NO your associate didn't have me do a checkpoint through what could be damage, then quickly pushed a button, now it's game over?

No company should make me feel abused. Lol,

I really want to file a formal complaint with the CEO and let him know what the put me through.

So are the telling me that my $80 I gave them in insurance money is basically stolen because I didn't know whatninwas doing. I trust the employees and they let me down.

Joy1713 and Team
I Don't know how to make a New thread yet, to thank You and the boost community team for An Outstanding job listening and solving problems !
Not only Did you and your community respond quickly, but you credited me $25 for what i went through but I will be receiving my replacement phone tomorrow!! .
It was never about the money, it's how you treat people , care about their issue and delivering results!
You reversed my nightmare, and restored my faith.
Not to mention saving a loyal customer from leaving.
☆☆☆☆☆ I will be bragging about the Excellent attention to my issue and outstanding service. I received HERE Online to my 2000 Friends and Family on FB, Instagram and Snapchat.
@Joy1713 I wish I could send you flowers. Kudos. Kudos.

Hahahahahahah! Yeah right. If any of you at Boost had bothered to deal with the scammer insurance company, my boyfriend wouldn't be getting reamed by them now! At least pass him the economy jug of lube!

I was right there with ya until ya meandered off into batcrap crazy racist land out of nowhere. Jeez, man, the employees' country of origin has nothing to do with anything! Bet you'd have a first if they sat around calling you an entitled American, hot headed, blag blah blah.

I literally only switched to Boost for the free phone and to save money by joining my boyfriend's family plan. Been here maybe 4 months or so and already see this was a mistake. I NEVER had problems with Cricket!

That’s interesting. How about we take a closer look? We want to help! Please send me a private message with more details on what's going on.