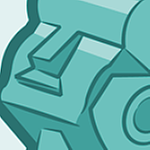 Samsung S8 not able to receive/make calls or texts

My phone had an update over the weekend and since then I have not been able to make or receive calls or texts.  I have done all the cache clearing, starting and restarting with no luck.  Any thoughts?  I need my phone to work from home and log into a secure VPN so I am desperate.

Not much help to be found here...

Hello Dynamomaximo. We are really sorry to hear about your experience. We definitely would like to look into this for you. Please send us a private message to assist you. To send a Private Message, click my username or picture, then click "send this user a private message".

So mine has been doing the same thing as you guys for about 2 weeks now, in western PA. I have all ready wasted about 4 hours sitting on chat with some mindless dolts, who all tell me to try the same **bleep**, over and over, then ask my zip code, then tell me thats it's basically my problem and to get a hold of samsung. so i'm curious, boost, what exactly am i paying you for? a phone that doesn't work? service that doesn't work? You know, it's odd that i got the text today to remind me that my payment is do. that came through with no problem at all. but if there is an emergency with my wife or kids, during a pandemic, i can't count on this phone. my time is worth 24 dollars an hour, and i've only been able to use the phone for half of the month i paid, so i'll be expecting compensation. good luck to everyone on here. this company seems to be garbage.

You ask for address for network coverage, but this has been going on for all of us since 8/5 (or close).  We have traveled all over and no matter where we are, no calls or texts can be made.  We can receive calls and texts, but can not initiate them.

My wife has called and I have talked to a representative online all I'm told is I dont have good service where I live......yea I know.....prior to the update everything was of could still get calls and text....now I have to call ##72786# multiple times a day even when I have full signal.....I'm about to drop boost like now

So sorry to hear that, @Jfrech90. We definitely want to look into this for you. Please, send us a private message with your phone number, PIN, and address to take a look. To send a private message just click on the picture of any Boost Mobile agent and, in the next screen, click "send this user a private message".

Well @RossyC my wife just spent 45 minutes on the phone with one of you tech guys just go go through the same crap we have been dealing with every single day. Seems to me that you guys can even figure out what the problem it. I call ##72786# and then within an hour I have to do it again. This has been going on for everyone I know with your service since 8/9/20. Now I did find out I didn't have a tower near me funny because your map says I should have perfect service at my address.... what I'm getting at here is you guys have **bleep** the bed with alot of your customers! I'm intrigued to see how many people have the same problem I do across the country because by the looks of it its alot. So what can you do that your tech company hasn't already done with no help at all.... you run us though the sand thing we do everyday we tell you it does not work but you make us do it any how? How does that make sense. No of course it does not show issues on your end why would it?? It never does until a tower is out! So let me make this clear...you clearly need to update your system and your customer phones and soon before you loose all your customers! I'm already making calls for a different service because you clearly are having too many issues with yours!

@Jfrech90 The connectivity problem that some Samsung users are been experiencing, started after the latest software update sent by Samsung. We'd like to do some troubleshooting to fix the problem. Please, send us a private message with the with the information sent above for more help.

All carriers work here. This is clearly a Boost and Samsung issue. More than likely, Boost.

Did you get the SIM for the expanded network?

My family member is also having the same issue. We are on the 3/100 plan -- two of us have iPhones and have had no issues, but she has a Samsung that was recently unlocked by Boost whilst she was having these issues. (As an aside: if you can get your phone unlocked, please do it.)

We are in New York City. Manhattan Island. End of story period. All carriers work here. No exceptions.

I don't want to hear from a Boost rep about my location. I'm not in a rural area. It should work. Period.

She is currently on update: g950usqu7dtg2 and we confirmed it is the latest version of the update available for this model released on 07/30/2020.

Her issue is this: She has full LTE. Full bars. We are in NYC. Data via LTE will work, but data requiring the PCS/CDMA spectrum for calling or 1XRTT (2G) or EV-DO (3G) do not work. She cannot make phone calls, or send texts via SMS. But because data as LTE works, she can use WhatsApp, which we were already doing, but now she is doing it more.

When she let me know the issue, she let me know she tried airplane mode on/off, updated the Profile, and PRL and was getting short of a factory reset but decided to contact Boost that gave her the reset code.

It worked for a time.

Now, she's constantly having to use the reset code. And it may or may not work.

I'm thinking it is b/c we didn't get the SIM cards to get onto the expanded network, since LTE works and T-Mobile uses Wifi calling and no PCS/CDMA spectrum, but the iPhones all work.

We'd like a fix at least by the end of the month, or we might just ditch to Metro. The phone's unlocked. Our iPhones are Verizon iPhones that are unlocked. Maybe it's time to go.

Weird, I'm in the greater Cincinnati area, too. Same issue. Samsung S8 with the exact same problems over the last 2 1/2+ weeks.

Hi there lapiseyed. We definitely want to look into this. Please send us a private message with your phone number, pin code, and address so we could figure this out. victor21

We are so sorry to hear that. All issues and devices are not the same and are handled differently. Any future concerns, please contact us here. victor21

Thanks for the offer, but after seeing that no one has had their problem solved in the weeks despite similar offers, I have decided to switch carriers