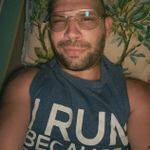 I've been on 3G for the last month. I haven't been able to connect to 4Glte at all. I still have data left before I'm supposed to be throttled into 3g. I've switched between, CDMA, lte, automatic. Still 3g. I've updated the phone profile and the prl still no 4g lte. Is this because boost is no longer part of sprint and if so this sucks. I've been a boost member for so long now and to have crap service is unfair. I know this area where I live has 4glte because its works for the past 2.5 years but now I can't do anything on 3g. If the service is going to be down at least let us know, you owe it to the people who pay for your services.
-disgruntled in colorado

I had LTE for less than 24 hours and back to 3G again!

I'm sick of paying for services I'm not receiving!

Understood. Your patience in the meantime is definitely appreciated.

I've been boost customer for years, but really starting to rethink this decision!

We are sorry you feel this way, Pups.

We apologize. Your patience in the meantime is definitely appreciated.

Tired of hearing sorry, just fix the problem haven't even finished paying for this phone yet!

I have been dealing with this for a month! Just updated yesterday!

Understood. Understood.  If you have any other question or concern, feel free to reply.