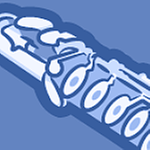 The phone has a 1 year warranty.  You have 365 - however many days you have owned it.

"SAMSUNG ELECTRONICS AMERICA, INC." warrants that this Product is free from defects in material and workmanship under normal use and service for the warranty period. The warranty period commences upon the date of purchase by the first consumer purchaser and continuing for the following specified period of time after that date:

I'm in, my Perx sucks and I'm not looking for that in a cellphone.

Hello, @caiya72. Thank you for stopping by. We're truly sorry for this inconvenience with the phone. In this situation, you'll need to send the phone to the Samsung warranty department so they can repair it. -Kira_M.

Are you an undercover Samsung perveyor scout of some kind? Regarding your comment -- "the 3 day thing" -- Samsung sent me a label, via email, for me to print, and attach to the special box and packaging materials for return of the phone (that I have to expend additional money for) and to prevent damage to such a delicate object as a cell phone while in postal transit, as well as (and by no means cheap) postage to mail said box/package to them. They also stated that after 3 days the validity of the label would expire -- essentially giving me a 3 day deadline to mail the phone to them! (Not to mention the horror stories, posted online, by customers who mailed defective phones to Samsung for correction. Regarding your statement of a "one year warranty" -- the Samsung "Safety and warranty" booklet that accompanies the Boost Mobile Samsung Galaxy J7 Perx cell phone that I purchased from Walmart, also refers the purchaser to it's online warranty policy website (which I also accessed and read), which clearly states that the warranty for the phone is "30 days after purchase" after which, if the purchaser contests, can go through the process of contesting via formal submision........ blah, blah, blah, yakety, smakety...... A process, which in all likelihood will go on until "the second coming". In the interim, I'm out of $140.00 and stuck with trying to figure out what to do with a useless phone (that I dare not try to sell and subject someone else to the same hell I've been subjected to)., In the interim, thousands, if not hundreds of thousands, of consumers, are daily victimized by the unfortunate purchase of this harzardous, defective phone that Samsung should recall and discontinue until corrected! In addition to this fiasco, the misleading claim (on the packaging as well as website) of this phone advertizes "talk time up to 40 hours". Samsung very deceptively projects this idea. Most people when reading this, as with most cell phone "talk time" descriptions, expect it to mean just that. But it's not until after purchase of this horrendous mechanism referred to as a cell phone, that the purchaser discovers that to enable that professed "up to 40 hours of talk time" ALL normal functions, of the phone must be disabled, and the phone put in EMERGENCY use mode, (as in disasters when towers are knoced out) - then it is capable of rendering "up to 40 hours of talk time." --Last, but not least, the phone has to be constantly charged and the charging ability is repeatedly stopped with a pop up notice that the phone cannot be charged because it's overheated (and it actually feels like its on fire). -- continually redering this junk inoperable!!! I can't go anywhere and rely on use of this phone. I can't even use it at home without going through constantly having to turn in on and off, off and on. I have NEVER experienced such horror with any cell phone! OUTRIGHT TRICKERY! But too late, for the poor "snake oiled" beguiled consumer, because they have now bought this travesty of a phone!!!

Kira_m, I think you're missing the point of all this. We, the purchasers of Samsung Galaxy J7 Perx assert that we've been sold a sub-par cellphone, a fact that Samsung certainly knew was inferior to the other phones in the Galaxy class and Boost, by now, also has to be aware that there is a major issue with this phone's performance and your customers, and Samsung's consumers, won't forget how we were taken advantage of and given zero support besides " send it back to the manufacturer" which, as you've read in these comments is not as easy (or cheap) as one would think. I know I, for one, plan to pay my balance due for this piece of garbage phone asap and then done a better cellphone provided.

We're sorry to hear that you feel this way, @EsBeacy. Please let us know the type of issues you're experiencing with your phone. We'll do our best to help!.

I replaced my j7 perx with a lg tribute dynasty and even tho its a slower phone thats half the price of the j7, its still a faster phone. If you open the google app on the j7 and just scroll up and down on the news cards, the phone lags. It does not do that on the dynasty. And this is on a fresh factory reset

Thanks, Occum, for the tip. Yes, I found that I had to clear the partition daily if not more. I haven't used the Perx in a couple of months. I switched back to my old LG X-power which, even running marshmallow, is better than the Samsung J7.

I was one of the first responders to this thread.
"...problem. I've factory reset it twice, I've cleared all the caches, I've placed apps in my external card, but nothing stops it from lagging. And the camera is the worst, blurry pictures plus I have to push the shutter button 3,4,5 times to even get it to take a picture. This is a garbage phone. I paid $200 for a phone you couldn't give me if it was free. Just pitiful."
I have since gone back to my LG X-Power which, running marshmallow is still better than the Samsung Perx.
Add Tag...

We appreciate you bringing it to our attention, EsBeacy. When was J7 purchased?

Please read all my post regarding the J7 Perx as well (from the first to the most recent if June 27). Thank You.

Thank you for the response..... I switched back to my LG Stylo which is 100% better than the J7 Perx. The irony is that my back up phone, Samsung Galaxy Grand Prime, which I bought in 2016, puts the J7 Perx to shame. It is based on the superior quality that Samsung was once known for with ALL of it's phones (which is why I trustingly bought the J7 Perx). In lieu of the national press that Samsung got last year regarding it's exploding phones, it's evident that Samsung has gone down the drain in terms of quality and reliability. From now on I'lll stick with LG. and warn everyone I know about the J7 Perx and to be careful with all the J model lines. I'm still going to report my experience of the J7 to Android Authority, the Better Business Bureau, Get Human, and every android review web site I can find, to warn people about the J7 Perx.

Hello E. We as consumers have to do something about this Samsung phone travesty. What all this equates to is Samsung getting away with, technically, robbing people. I encourage everyone out there to submit reports and complaints to Boost mobile, to discontinue carrying and thus promoting sales of this trash to it's customers. Also please submit reports/complaints to Samsung, Android Authirity, YouTube and every public platform and forum possible to prevent other people from being unjustly robbed of their money by purchase of this defective Samsung product! BOOST COMMUNITY, PLEASE DO NOT LET THIS UNJUST ROBBERY OF THE UNKNOWING PUBLIC CONTINUE. THIS IS A TRAVESTY!

Hi, I did another post on Thursday asking the Boost mobile community to voice their complaints about the J7 Perx. I also asked them to discintinue selling it to their customers. They responded by blicking me from reading any new responses to my post! Tyranny at it's best!