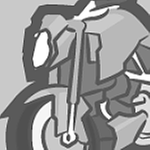 Galaxy S7 used phone purchased on Boostmobile.com cannot be activated due to a hold on another user!

Hi, I've spent weeks trying to activate a Galaxy S7 phone I purchased on boostmobile.com for the $99 special. I tried activating online and it failed. I tried the telephone and it failed. Tried your foreign-based tech support numerous times and it failed. Tech was to send me shipping labels - never received. Tried Twitter - tech at first gave me the 7 day BS, but the initial support inquiry was within that window. Subsequent attempts were beyond that window. Had a tech transfer me to insurance. All to no avail. To get this resolved, I went into a Boost Mobile location in Palmdale, CA (47th Street). Maria, the store agent, tried. SHE had problems getting through and was transferred to several different folks. She tried the warranty claim. Apparently its linked to insurance. That tech stated the PHONE MUST BE ACTIVATED for  it to be processed. The problem is the PHONE CANNOT BE ACTIVATED due to a hold. After 2 1/2 hours of her tireless attempts, she was able to reach someone who actually effectively tried to help beyond the apologies. He told me to sent the phone to Ingram. I asked for an RMA number. He placed me on hold and did something. Every few minutes he would assure me he is still there, both on his own and to my inquiries as too much time would pass in silence. He ultimately said to use my order number, credited my fiance a whopping $12 for shipping (It's costing me $16 to send it via FedEx, which is how I received it was via FedEx). I got the runaround about the 7 day return policy (but since the FIRST support request was before that window expired, I have a right to request a refund if I cannot get this resolved). How can I get an actual RMA???

Hello, ADVANCEDLOGIC. Thanks for reaching out to us. Can you please send us a private message with the Order Confirmation number for the purchase?

Hi, ADVANCEDLOGIC! We sincerely apologize for this inconvenience. We have fixed your phone's serial number, we'll be able to activate it. Please let us know if you need further assistance with the activation. We're here to help!

I will try it when she returns home this evening. Considering the time, expenses (was told to ship the phone to Ingram. I paid for shipping the phone back based on Boost Technichian recommendation and now Im out that cost too???), aggravation. Please credit Catherine Strong's account for 3 months time, as that is a minimally reasonable amount for this inconvenience.

Will do. And what will be done regarding the 3 months credit?

@ADVANCEDLOGIC: Please keep us updated with the results.

I havent bern clear enough. This is Boosts fault and failure. I WILL NOT absorb the costs for YOUR FAULT AND FAILURE to provide a working devixe or suitible replacement AS MANDATED BY LAW in a reasonable amount of tine with minimal consumer impact. Reconsider or please escalate to someone with authority to reconsider

We can't apply any additional credits to the account. If you require any further information, feel free to contact us.

So which of you will be reimbursing my card for the sipping fee I paid at your tech's advice (which was recorded in the store)?

A credit was applied to the account to cover the shipping fee. We can't apply any additional credits to the account. If you want the details of the credits (dates and amounts), please send us a private message. We can't share account information in public.

All your charges are accurate and in order to keep plan costs down for you, we cannot offer courtesy credits.

Fonsy, even that was inadequate. They credited a whopping $12 onto her account, never mind MY credit card. That said, the actual costs were $16.42. Again, Boost's incompetence with providing the bare minimum - a device that actually works without the involvement of over 12 techs, 1 in-store visit, online support, and Twittter JUST TO GET TO THIS POINT is absurd. It's been NEARLY A MONTH and COUNTLESS HOURS, including the over 2 1/2 SPENT IN STORE trying to resolve this and, even still, you expect ME to absorb costs? NO. Period. Private messages are already in play over this. MAKE IT RIGHT BEFORE I DO.

Recordings of being told various things are available. Where shall I send them?

Fonsy, look at the date of the call log from my phone. Earlier dates are on Catherine's. 18 days. An over hour long ON THE PHONE, let alone the PC time, the mobile browser times, etc trying to resolve this. 18 days. Is this considered a reasonable amount of time for a customer to spend in simply TRYING TO USE the device YOU (Boost, agents, representatives)

Unfortunately you are incorrect. Whereas the amount provided for the shipping was $12, the actual costs exceed that, as the attached receipt illustrates. Please resolve and refund the correct amounts, as shown. No courtesy credit is sought - only a refund of actual monies spent and a requests for reimbursement for the time and efforts spent resolving this over the course of 18 days and several hours of time.

I'd like to revisit this again, as I don't see a reply to my prior post. @Fonsy82 , you stated that "All your charges are accurate and in order to keep plan costs down for you, we cannot offer courtesy credits.". I'd kindly like to bring your attention to the actual costs to ship the device, in the same manner it was shipped to me, was more expensive than the $12 credit applied to my fiance's Boost Mobile account (and, unfortunately, not returned back to my card). While the amount in question may seem insignificant to some, the fact remains that it is indeed a 25% premium above the provided credit. I do imagine that an arbitrary 25% payment deduction by a consumer would be frowned upon in most cases. I do kindly ask that the same consideration of funds be applied with respect to this issue. Please do the needful, review the receipts provided, and kindly refund the appropriate amount. Looking forward to your reply. Thank you again.