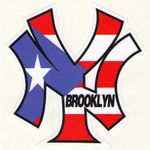 Will boostmobile be carring/supporting the new Galaxy S21 Ultra phone?

Hi...I just bought the Samsung S21 5G Ultra on 1/30/21.  I returned it today, 1/31/21.   Unfortunately it is not compatible yet with Boost Mobile.  When I returned the S21 at the Samsung store in Palo Alto, CA  they let me see if another S21 would be compatible by entering the IMEI on the Boost Mobile website.  It also was denied.

The phone is wonderful, but I returned it and will have to wait once it is compatible.  The employee at the Boost store did tell me that she was activated some S21's so it is a hit or miss.  I called Samsung and they said it also is a hit/miss.  Some IMEI's will work, some will not.

I talked to someone from boost a day or two ago. Obviously, the s21 isn't working with boost yet. The employee confirmed that they are currently working on the issue and that the s21's will be able to operate on their "expanded network," which I believe is actually the T-Mobile network. They said they're planning to support the phones within a month.

I really hope it doesn't take that long though. My phone is falling apart.

They have no connection to t-mobile when sprint merged they sold boost to dish and that is the problem. I do not think they plan on helping anyone the employees all give different information. I wish that it was still a sprint company we has access to so many phones but they barely sell any now. I think I'm going to follow sprint to t-mobile I want to chose my phone and they just won't let me.

From what I've gathered Dish is using T-Mobile's network for 7 years after the merger deal. I believe that's the "expanded network" and why it's GSM although Boost is CDMA.

You may be right about the employees just saying whatever to us, but I'm hoping they just dropped the ball on this and they're working on fixing it. I guess I'll give them a little more time but eventually I will just buy the phone and take it to T-Mobile if it takes too long. Getting the phone we want shouldn't be this difficult. It really devalues Boost's image in my eyes. Makes them look like a joke of a cell carrier.

Anyway here's a couple excerpts from the Wired article I got my info about the merger from...

"Boost is now owned by Dish Network. Not much has changed if you're a customer, except you're able to use Boost's "Expanded Data Network" if your device is compatible (it's essentially T-Mobile's network)."

"Dish will rely on T-Mobile’s network for seven years as it builds out its own service."

Quit giving people the wrong information. Almost everyone on this thread has tried these steps and obviously buying a new SIM card won't work as the phone hasn't been added to the network. You should know this...

I am with Verizon now and frankly, I can't believe I waited this long to move. They have very affordable plans and more importantly, they were able to activate my s21 ultra right away. I wont longer have to wait for the carrier to add a newly released phone to their network. I wont have   to speand countless hours on the phone with customer service, only to get the wrong information

I switched to Tmobile. So far great service.  I just couldn't wait any longer due to my trade in.  To those of you still with boost... good luck. I hope it won't be too long for it to work for you.

My sim card number ends with an F why isnit not compatible with my unlocked galaxy s21?

Hello EVERYONE. I was just finally able to get a straight answer from scammy a$$ customer care over at boost. It only took almost 10 calls & repeatedly asking for a supervisor.

THE GALAXY S21 IS NOT COMPATIBLE/ OR BEING CARRIED BY BOOST MOBILE & THEY HAVE NO IDEAD AS TO WHEN IT WILL BE.

*THIS INFORMATION CAME FROM SUPERVISOR "Sarah"

THE GALAXY S21 IS NOT COMPATIBLE/ OR BEING CARRIED BY BOOST MOBILE & THEY HAVE NO IDEAD AS TO WHEN IT WILL BE.

*THIS INFORMATION CAME FROM SUPERVISOR "Sarah"

So sorry to hear about this experience, @Looneytisha. We want to help! We have marked this conversation as private. Please provide us with the device's IMEI number and the SIM card number.

Hello, Mil. Thank you for stopping by. Thanks for reaching out about this! I've marked our message private so we can discuss your account. Is your phone a Boost Mobile phone? Please let us know.

@Kira_M if you haven't read this thread perhaps you should.... Everyone here has already mentioned that the phone is not compatible in Boost's network. What information can you provide in a private chat that can't be shared with everybody asking when the S21 Ultra will be compatible?

Hi there, @Anielka Morales. Thanks for contacting us. At the moment, we have no information as if the unlocked version of the Samsung Galaxy S21 will become compatible with Boost Mobile. Stay tuned for updates.
- RossyC

I heard April 1st Boost would have a 5G Sim Card ready.  I'm going to return my phone because what if it gets even further delayed.  The S22 ULTRA  will be out.

Oddly for the first time today since launch day I received the "great news" compatible notice on boost bring your own phone site. I don't have a sim card with me now but will try later! I pray it works since it used to say not compatible for the past 2 weeks. Will update.

So update. The sim card i was sold for 26 dollars doesnt work. Thanks boost. If I could switch i would. Stuck in a family plan. Now maybe the boost store can try again tomorrow. But I'm out $26 and of course boost doesn't care.

So unfortunately I have to return my phone and brand new Galaxy S7 tablet because Boost Mobile has not made this phone compatible. Samsung looked up The issue for me and said that boost claims they will be ready April 1st with a 5G compatible SIM card.  I guess I could always switch services.   I really don't want to return this bundle 😩

April?? Wow that's a long ways away. I think I'm gonna have to switch carriers. 😤

I really didn't want to have to go though the trouble.

So after reading all of the community posts about if Boost Mobile is getting any or all of the Galaxy S21 models, I'd like to say two things.

1. I had no idea DISH purchased Boost Mobile. This is new to me because I didn't know Sprint gave up Boost Mobile.

2. None of you should feel bad about getting an honest response from Boost. I've been a long time Boost Mobile customer and back then, customer care was really good and really cared. That being said, I asked the same question about if Boost Mobile going to get the Galaxy S21 Ultra on their Facebook page and through Facebook Messenger and every last one of them have said "they have no information at this time. Please continue to check their website or Facebook page for updates."

Like many of you, it's frustrating because Sprint, AT&T, Verizon, U.S. Cellular, T-Mobile, Virgin Mobile, Cricket, and Metro PCS, all get their phones the day of the release date the new phone comes out which was January 29th, 2021. For some ungodly reason, Boost Mobile in particular is always the very last phone provider to get new model phones 2-3 months later which I find outrageous and Samsung should address that because overall, Boost Mobile has always been the very last cellular carrier to get the new stuff back then when they were a new solo company and when Sprint merged with Boost. Now that Boost is merged with DISH, Boost is still the last to get the newest phones.

I'm on an ancient Galaxy S6 and by September 2021, my phone model will be shut down because it runs on the old tower/networks. I'll try to ride this out until the end of April at the very least. If there is no S21 Ultra coming or at least the S21+ 5G, I told myself I'll settle with an S20 FE or I might finally change providers after 17 years with Boost. I've been thinking T-Mobile. I haven't really decided yet, but Boost Mobile needs to step it up and actually reach out to Samsung themselves and find out when they're getting their S21s because over the years, Boost has never received the top tier level phones. It's always low tier and mid tier, but never the top-of-the-line models. I hope this will be the time that finally changes or their legacy will be overtaken by people switching to other providers.

Its been more than a month and S21 is still not supported.

Does anyone know when it will be supported?

I am still waiting too. I am on a family plan. Hopefully soon. I like Boostmobile.

This is really annoying because it's saying the phone is supposed to be compatible,  even now,  but i got a new sim card and even got switched over to the new network and apparently i can't activate it on my s21, but i can use the sim card on the network on my s10, both bought directly unlocked from Samsung.  This isn't right,  and I've been with boost for the better part of 10 years and I've only just recently come into these kinds of problems,  mostly because i wasn't keeping up with the newest phones.  I felt the desire to upgrade and the s21 just released and now it's basically useless,  great