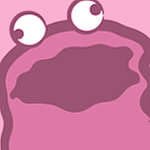 I get this message and it limits my Web Access as you might have guessed. I new to this so please bear with me. I read somewhere that it was a sprint filter because I could not change this in my account. Any idea how to access sprint to reset filters for Web access?

1 - From your PC's browser, go to www.boostmobile.com.

5 - At the right side under the "Account details" tab, look for the Content Filter option. By default, it's on "Enabled".

Please let me know if there's anything else that I can do to help you. At your service!

this does not work! it use to but it doesnt work at all anymore and it sucks! also it doesnt say "enabled or disabled" it says on or off which you dont no to push on then it shows the word off so if i hit off it shows the word on. which one means its on but never mind i have tried it both ways on several different phones and it no longer blocks the content. i have teenage boys and this was the best thing boost offered until it stopped working at not ONE person at boost can tell me why! Im switching companies!

I have the same issue as Kburly36... well kind of the opposite. As an adult, I was enjoying getting to go on any website I chose to, as I naturally expected to. Suddenly, out of nowhere, last night, my phone started giving me a message saying the content had been blocked, and I had to change a preference setting to unblock it. (The site in question wasn't even NFSW, it was a blog that sometimes talked about controversial topics, but that's a whole other story.) Well, I followed the directions, but no matter which way I flipped the ON/OFF switch, nothing stuck, and the message kept coming up. I tried both on my phone and on my PC (and Kburly is right in that it does not say enabled/disabled, it only has a confusing ON/OFF layout...). There's a site that has a SFW all-ages portal and a NSFW adults-only portal, and I was trying to access the safe, all-ages one, and it still blocked it! I didn't even try the NSFW one first or anything.

The TL;DR is this:

-I bought my phone about two months ago, have been enjoying it normally, then all of a sudden it started blocking content.

-Immediately wanting my right to normal web browsing back, I tried to turn off the setting that seemingly turned itself on, but nothing worked.

-The filter itself is not tuned well. Seriously. Neither of the sites I tried to go to that were blocked had any nudity or anything. It's a joke.

-I disagree with the ideas of filters and censorship to begin with, but as someone who's been a full-fledged adult for almost a decade now, seeing the phone turn an """""obscenity""""" filter on all by itself and then refuse to get properly turned off IS REALLY AWFUL.

Can anyone help? Do I have to talk to someone at Sprint or something?

Same problem. Many sites that have nothing to do with NSFW standards blocked as well, eBay listings, for example. Boost suggests the same outdated reference to account settings as seen above. The on/off slider is very confusing but it doesn't matter, neither option works. We have two lines, one has no issues but the other is heavily restricted even though both have identical settings.

Hi @KjT. If you have an android phone, you may check if you see the following options on Google Chrome to turn off safe search:

If this doesn't work, you may try to reset the app itself to factory defaults.

@Hozuki_Robert I'm having nearly the same issue-- i am unable to access any adult content or websites. The difference is I don't get an alert that says anything about web access being restricted and these websites and content just don't show up when I search for them. The options you listed above don't even exist on the boost website, at least the version i am using. Can you please help me find another way?

Hi @taydiabak Are you looking up for this option after accessing the account through a browser or are you using the My Boost application? - E.J.

@Boost_Ejay Those options do not exist on the boost website or I am just incompetent. Can you show me where these settings exist somehow?

They don't exist. I am having same problem. And it's annoying me. I'm just looking at rentals.

@Boost_Ejay i'm using a browser. should i get the my boost app?

Hey there! Call settings option should be under "My device" and this is available when you click on "My Boost" dashboard.

Hi, I am still trying to resolve my phone service issue.  I tried to address via facebook site which has full history of problem. It has been almost 2 months of paying for service that I have been unable to use.  regarding th overcharge, I was refunded a portion of the charges but still had a phone problem which I was told had to be resolved with Samsung.  I sent phone in for repairs, not repaired, they eventually agreed to replace the phone with a different model.  After 3 weeks fo waiting for a replacement, I received an S8, no charging cable, no SIM card. So I assumed I needed to use my old SIM card. I got a message indicating that I needed to contact Sprint to unlock my phone. I went to the Boost store and was told I would have to pay for another SIM card and another activation fee.  I just spent over an hour trying to get to a person and each number took me to an automated system that could not address my issue.  Can you help me.  I do not think it fair after pay for service for 2 months without being able to use it all resulting from the issue mention previously, I should have to pay for start up services when I have never really gotten out of the starting gate with my phone service. I saw where i said switching was easy but thsi has been a nightmare.  Hoping you are someone at Boost can help.

Hi there, @yorkpj. We sorry to hear that you've been through such experience. Definitely want to help you with this. Please send us a Private Message with your phone number, PIN and DEC/MEID of the phone.

You can send a private message by clicking on my name, then selecting the message option from the profile page.