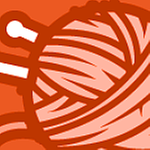 Paid my bill still no service

I paid my bill on January 14 which was $50 off an debit card , the next day i added a line & payed an additional & 75$ for the bill and activation fee off an separate credit card , the worker asked if i wanted to pay a $3 fee if i wanted it to be equal to the monthly bill which was $80 a month for 2 lines . 3 days later i have no service &a still don’t . I have contacted customer service they had me put some numbers and # symbols & it said it reset my network service in which my phone has never turned on with the service several hours later.

Hi there, @br556803_! We apologize for this experience. Definitely want to look into this for you. Please send us a Private Message with your phone number and PIN.

Hi, @Ashcosmo. We have replied to your post, please check.

I paid my bill last night but there is no service

Hi Chasity16! We're sorry to know you're experiencing that situation. We want to help. Can you private message us your account details, so we can look into it? To send a Private Message, click my username or picture, then click "send this user a private message". Thanks! ~AmyM25

Hey there, Handymandy19922! We can help you with that. Please send us a private message so we may work directly with you.

I am having the same problem. I have a positive balance on my account, yet web and phone say I need to make a payment of $0.00 to restore service. And you want to charge me $3 to talk to a phone agent to sort out your mistake?!! I am a new customer and so far have had nothing but frustration in dealing with Boost. I have now been without phone service for one reason or another for over 24 hours. Feeling like I made a huge mistake in bringing my business here.....

Hello, @UnhappyNewbie. We apologize for this experience. Definitely want to look into this for you. Please send us a Private Message with your phone number and PIN.

You can send a private message by clicking on my name, then selecting the message option from the profile page.

Hi Nosh, I just paid my bill today and my card info shows that it was taken off but my bill still doesn't reflect it and I really need to have my pbone