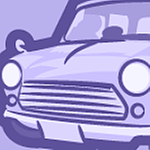 I'm being charged for dozens of incoming texts that were never received, apparently due to a system billing problem. Despite many hours on the phone with Boost customer service and multiple escalation,s nothing has been resolved. Text blocking is not possible as I never receive any texts, so there is no number to block. Boost has been unable to identify where the supposed texts are coming from. Totally frustrated former Virgin Mobile customer.

We understand your concern, @twm, and we apologize. We value your privacy and security. Due to the nature of your concern, we would like to authenticate your account, but for us to do this in a secure way we need to take this to a private channel where we can discuss private account information. Please send us a private message along with your phone number, the PIN and a brief description of your request. To send a private message, click on any of the social care agents user names and select the option send this user a private message.

Hey there, @brownk1! Thanks for contacting us. Please send us a private message to further discuss this situation.

I got charged $1.50 again for another non existent text message. I have text message turn off so I do not get any text message, Boost you owe me $1.50. PLEASE REFUND NOW!

I am having the same problem. Only one text appeared on the phone but I have been charged for 26 in 2 1/2 months. Customer service says they are messages from Boost about my account, but why are they charging for internal messages? Anyway, I never received them. The tell me that is because my phone is off for more than 24 hours at a time. I use it only for emergencies and for meeting people and it is off more than 95% of the time.

Hi there JB23. Thank you for contacting us. What is your current plan?
- Victor21