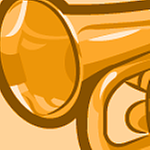 I would first like to say that since the tele-based customer service industry has begun transferring products to predominantly Indonesian countries, I have noticed the level of service has declined in a significant way. I can advised this having been a customer service representative over the past 20 years of my life. I have made several attempts to make a payment using MyBoost. I was finally able to successfully complete this payment 7 days following the due date of my billing cycle. This entails that for 1 week I struggled to have my payment applied to my service, which means that I paid a full months worth of service for 3 weeks of actual service. (Big deal when you're on a limited income and need your phone to ensure that you are able to complete important tasks that requires phone communications.) I began this venture on the April 12, 2019 and today being April 20, 2019, I have successfully made my payment.

On Friday April 12, 2019 between 12:00 am and 12:30 am, I posted a payment to on Myboost using my mobile device. When I filled in the required fields, I had placed a former address as the billing address to my American Express Serve card. At that time, the mobile app had indicated that the transaction was declined siting "incorrect authorization information." Usually when you see a notification such as "declined" you would not expect to go into your banking account and see the amount that you had just paid to be removed. Not the case in this matter! I promptly checked my account using my app for my card provider, and the amount of $99.99 was posted as "on hold" with Boost showing as the merchant. I assumed that the payment had been processed and my service would not be interrupted. AND NO!!! I was not able to use my mobile device following the April 13 due date. I contacted Customer Service April 14 following my services being suspended and contacting American Express to ensure the payment showed as posted. American Express advised me that the payment was pre-authorized and that the funds requested had been sent to Boost and the process required Boost to receive or reject the funds. I then called Boost Customer Service and spoke with a representative that was able to find the transaction ID, and the pertinent information related to the card used for payment. I was then told that I need to speak with the bank. 3 more times, with frustration increasing with each interaction, I received the same level of assistance from each representative. As American Express provided me with the transaction ID, the authorization ID,  and the merchant information logging the transaction I did not assume that there would be this much trouble in locating the payment. The first representative I spoke with advised that the only payment attempt that was displaying in the Boost system  was for April 14, 1:58 AM. I advised that the initial payment was made on April 12, 2019, and the representative informed me that that transaction was not visible. The other representatives that assisted me were not able to see a payment on April 12 as well. I finally escalated my call to a supervisor, where the information that I did receive was not taken by the supervisor, I was again told the exact same information verbatim! Following a 15 minute wait for the supervisor, there was about a 5 minute communication with the supervisor before I was told that the call would be disconnected. (*breathe)I then decided that the best option would be to cool off and hope that the billing process would be completed within 48 hours of the payment being received. Boy was I ever wrong. The only answer that was provided was "make another payment" from each representative that I spoke with from Boost Customer Service.

Moving to Tuesday April 16, 2019, my services still had not been restored. I spoke with American Express to dispute the transaction in question only to be informed that I would need to wait until April 20 to have the funds returned to my account as the payment was PRE-AUTHORIZED through the card provider. How could my account be suspended if the card issuer pre-authorized the transaction and the funds were no longer in my account? I said the same thing... ANOTHER call to Boost Customer Service. This time I asked to directly speak with a supervisor and was danced around to only be transferred to a supervisor 10 minutes following my initial contact THAT DAY. I even decided to be clever and have a supervisor from Boost mobile speak with a Supervisor from American Express. I contacted the supervising representative from American Express and was conferencing the call to have the Supervisor on the line when I would connect with a Boost Supervisor. Because the American Express Supervisor could not effectively communicate with me over the phone due to the cue recording speaking about Boost products during the hold would not break, the call was terminated by American Express. I once again received no relief and was still without my services. I was using a friends phone through the process this day, and luckily they were not expecting any calls because this process had taken some time.

Today is April 20, 2019 and my services have finally been restored...after I made the payment using a desktop computer that I needed to travel to the library to use, following visiting a Boost store to pay in person and being told that I would have to pay an additional $3 charge for paying in store. Might I add, I attempted to do this on April 15 at the Boost Mobile affiliate on King St. in Layton, UT only to have the Boost CSR laugh at me, refuse to identify himself or his manager (as he identified as the manager.) and then calling local law enforcement on me saying that he couldn't help me with anything! Then and not directed to me, was I able to hear this gentleman mention the name of Stephanie Fleming, which I did attempt to locate this individual using google, applying the store address, the company name, and phone number of the location.

I attempted everything that I could possibly think of from a professional level to resolve this issue, exhibiting much more effort doing the job that these phone reps are supposed to do! I must say that this has been, by far THE WORST CUSTOMER SERVICE EXPERIENCE I have ever encountered in my LIFE. To know that if something is wrong with my account, billing, or anything regarding a mobile account and that I will hear parroted responses from representatives that are either ill trained to accomplish their duties over the phone, or just don't give a flying f**k about their customers is disconcerting. And forget speaking with an in-store representative, because they'll just call the police on you when you require help! I don't know that there is any way for Boost mobile to make this right, but I will assure you that if the means were available to me, I certainly would no longer be a Boost customer. I do assure Boost, as an entity that this post will be posted to my FB feed, Boost's FaceBook feed, Boost's Twitter feed. Every person that I am able to speak with regarding mobile carriers will hear this horror story! I am at a loss that this is the level of service that I would receive from an affiliate of Sprint PCS as I had nothing but amazing interactions with Sprint in the past. The only recompense that I would be able to see is MAYBE (and that is a spread possibility) if I was offered 1 year of Boost Service, complimentary. And even then, I would still be looking for a more viable provider.

If you have had similar experience as in this thread, please speak up and voice your concern. As we the consumer continues to shrug it off, the companies that are responsible for our protection and satisfaction will continue to shirk their duties on us, the consumer, while reaping the benefits of our monthly payments, upgrade payments, and a strong customer base.

I would like to thank you for taking the time in reading my post -- And if Boost Mobile has any further questions for me, you have my phone number and my e-mail address. I will be speaking with legal counsel in advisement of any legal precedence that should, could and definitely would be applied. I now regret my choice to become a Boost customer.

Hello, daddiyo93. That’s not what we like to hear. We truly apologize for the inconvenience. Can you send us a private message so we can take a closer look?