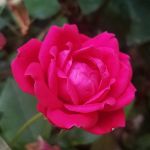 I am very disheartened at the poor customer service after switching to Boost from Spint Forward. One of the promotions that was detailed in a Sprint Forward email was for a 2nd and third month of free service if I switched to Boost and paid the first month. After my first month of service, I still received a text my card would be automatically charged $50 After calling customer service, I was told my issue could only be handled at the store that I started the service with. In a second call to Boost customer service made while sitting outside the store that still hadn't opened yet, I explained the problem again and repeated twice exactly which store I had started the service at. I was was then transferred to the completely wrong store in a different town. When the store finally opened, the same person who had set up my service then called his rep, who apparently stated that the text message was standard but assured me I wouldn't be charged for the second month. It is incredible to me that after multiple calls and a visit to the store, I have to go to my bank tomorrow to do a chargeback. I am curious if Boost can empower someone to compensate me for the time I wasted making sure the promo would be honored,

Hmm – that doesn’t sound right. Let’s take a closer look! Can you please send me a private message with a screenshot of the e-mail promotion you received?

Oh, I see! On the section to of "message body"

I'm not seeing where there is an option to attach my screenshots to the private message.

You should be able to see a camera icon, do you see it?

Again, there is no camera icon displayed where I would type a private message back to you. I quess I can just change my profile photo to one of the screenshots so you can see it, or if there is an email address I can attach all five screenshots.

Would you please send us a private message with your phone number and PIN?

Note: For you to send a me a Private Message only need to click on my username, which will take to my profile, once you're there on the right side of the screen you will see the option to send me a Message.

When the procedures that are put in place to attract new customers and then completely alienate new customers are not being changed, it should be made public. I was a Sprint Forward customer for about 3 years and had no issues at all. I received an email that there would be a change over over to Boost Mobile and if I signed up with Boost before September 1st and paid the first month then I would get the second and third month free. This was a promotion offered by Boost Mobile for new customers. It is absolutely ludicrous that I have to spend time making sure that Boost Mobile honors the promotion. This is obviously a completely inappropriate way to do business.

Hi there LAO. So sorry you feel this way about our procedures. Since the transaction was done at the store, you would need to complete the steps as provided by the previous agent. If they refuse at the store, we would need the information that was requested to submit a case against the store regarding the credit. At your most convenient time, please send us a private message with the details. Victor21

no resolution/unacceptble answer Received from agent Fonsy82 :
Re: Boost not honoring the second and third month free promo as a new customer.
"Unfortunately we cannot apply the credit. Please visit the store to have the credit applied to the account. If they refuse again, please contact us and send us all the following store information:
Store name
Address
Phone number
Dealer name
It will be escalated."