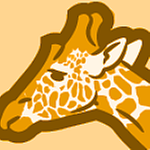 I'm on the daily plan and over the last two days, my credit card has been declined even though funds are available on it.

The first night it happened, which was the night before last, I thought they were not funds available. But I checked, and there were.

Then I thought it was something with my bank so I used a different card, which is actually the default card on my Boost Mobile account that I've been using for years, and their card was declined as well even though the funds are available.

I tried to call customer service but it was closed. So the next morning around 6:30am I tried one more time and my default card worked so I was able to make yesterday's payment.

Then last night, when I went to make last night's payment, both cards were declined again and this morning both cards are still declining.

I called customer service and after going through the prompts, I was told that in order to actually speak to a customer service representative, I have to pay a $3 convenience fee. Why should I have to pay a $3 fee when it's your system that's declining the cards? Both of them work just fine for everything else. My bank card I used all day yesterday. The other card I used as well, so I know they work.

And this has me so disgusted I'm actually ready to switch my service.

I decided to call customer service anyway, despite the $3 "convenience" fee, and my issue was resolved.

We're sorry about this situation. Our payment system may reject your cards for many reasons, in most cases, unrelated with your funds availability. You should try contacting your bank for a more detailed investigation. Additionally, you may also send us a private message with your phone number and pin. We'd like to look into that asap.

Hey there, healyourself! We're really happy to know your issue was fixed!

Don't hesitate to let us know if there's anything else we can help you with.

Don't know how to dm you

This is crazy! I have no problems one day then the next its declined! Its not my bank. What is the problem? It seems you've updated your website too and its filled with major problems! I need to add minutes and theirs only one store woth reboost cards and its far! What is going on? Im really starting to hate this service and ive been a customer for many phone lines for many years!

In order to send us a message through the community, you will need to click on one of the agent's profiles, and it will take you directly to their profiles, that way you will be able to contact us privately.

Thank you for bringing this to our attention, @lamsix. Sorry you’ve been experiencing this. Can you DM us your phone # so that we can take a closer look?

I'm having the same issue and would like help

Hey there, AlexD! Please click on my username and select to send a private message.

I’m having this same problem my payment keeps declining

Sorry to hear about this experience, Blacc8924. We want to help. We value your privacy and security. Due to the nature of your concern, we would like to authenticate your account, but for us to do this in a secure way we need to take this to a private channel where we can discuss private account information. Please send us a private message along with your phone number, the PIN and a brief description of your request.

I don't know where else to turn and need help.  I'ver tried paypal 3 times and 2 different cc 3 times and its always declined.  When I call th3e bank they say its on Boost end.

We're sorry about this situation. Our payment system may reject your cards for many reasons, in most cases, unrelated with your funds availability. You should try contacting your bank for a more detailed investigation. Additionally, you may also send us a private message with your phone number and pin. We'd like to look into that asap.

Hi there, @hodo2002! Unfortunately the order did not pass several verification checks we have in place. You are free to try the order again and maybe use a different credit card. If the order does not go through or you receive another Cancellation alert, our best advice at that point would be to visit a Boost Mobile Store in person to purchase the device. You can locate your nearest Boost Mobile store using your zip code here at https://www.boostmobile.com/stores.html.