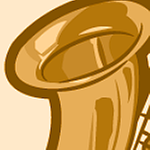 I have the 50 dollar plan unlimited with boost, and always have LTE. The bands frequently switch between LTE and 3g, although turning airplane mode on and off switches it back to LTE.
This hardly matters, as the LTE service I get is hilariously weak, bordering on false advertising. I remember having a 3g plan back in 2010 that was MUCH faster and more reliable for the same price.
Whatever is going on over on the networking side of things is clearly not legal. I've worked for ATT Advanced International Tech Support as well as business care and I know avg. LTE speeds regardless of signal is between 3 and 22 MB. 3 bars LTE never surpasses 1 MB of download, making the so called LTE service I recieve pointless. Avg. 3g speeds are around 6mb, and this is the stamdard set a decade ago. Boost is clearly sitting on bandwidth, and going far beyond what should be legally allowed when deprioritizing service.
As stated before, I worked for ATT, and have solved numerous network issues over the phone over the years. ATT similarily uses deprioritization on Unlimited plans, but NEVER EVER approaches 2g speeds when they do it. To claim this is the reason speeds are slow on an LTE band is frankly an insult to your paying customers Boost, and I for one could not more highly recommend others to stay the hell away after dealing with the joke of technical support I have recieved.
Now for the plan, it states that I should recieve stamdard definition streaming capabilities. Now, this would be fine, 360p is more than enough quality for video streaming, the problem is youtube frequently struggles loading videos as low as 144p quality.
I just don't understand how Boost can get away with this.

I'm having the same issue. I've called and talked with agents on here and get the same answer. It's my phone. I have shown them it's not as it's every boost phone in my neighborhood. But still they want my account info to troubleshoot my phone. And I refuse to give it to them anymore. Because they come back with the same thing no change in service, nothing they can't tell me wrong with my phone and yet it's to my phone's fault. I have a speed tester and it comes back with 0 ping 0 download and 0 upload some days. And other I get very poor numbers. Never anything that I would remotely consider good it's always a very low number. The tower is less than a mile from my house. In September we had great service then all of a sudden in November it sucked.

When they say its your phone, this is a throwaway answer reserved for poorly trained technicians, or an excuse for an issue they cannot answer honestly. I,ve worked for tech support as I've said, in my numerous interactions with customer service for boost throw up many red flags.

I even asked if the tower that is less than a mile from my house is being worked on or needs work and the guy said he was not ALLOWED to answer.