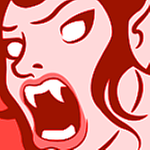 the worst customer service ever

pril 24 I contacted boost to find out what was wrong with our service the last 2 weeks and if so, when it would be fixed before I paid our bill it was due that night. I chatted with 2 agents and talked to 2 on the phone all saying no tower problems so we reset phone ##72786# which didn't resolve anything. I was sent to tech support and was told it most likely was my sim card they would send me a new one. I told him that everyone's phone same problems(only past 2 weeks) we have never had issues was very happy with boost got i even my dad and brother switched t boost. after 25 or soi minutes tech tells me that there HAS BEEN A TOWER ISSUE SINCE THE 16TH OF April Fixed by 1pm tomorrow, gave me a ticket #576300. i payed my bill that night,called customer service around 2 or 3 was told that that ticket # didn't exist. we needed to reset my phone. asked to speak to supervisor who also insisted that we needed to reset my phone. I told him we went through all this yesterday, and asked how 4 phones plus my daughters phone which is sprint are all having issues that live here? kept insisting that we had to reset my phone.asked him if he could find out who the tech I talked to previous day was to find out what tower was having issues, he told me that tech gave me wrong information no problems with towers in area. i again asked how all our phones could be having same issues ONLY THE LAST TWO WEEKS, APRIL when our problems started 16TH WAS 2 WEEKS AGO .kept insisting that tech gave me wrong info.my dad had called few days before was given two tower #s 2916879 and # 2908638 not sure when one of them would be fixed.he said that he was given the wrong info also. I asked to speak to his supervisor he said he was main supervisor.I asked his name he said MANNIE i asked his last name he said he didnt have to provide me with last name so I asked which store he worked atr? i was told central america. he was very rude and refused to listen to anything I was saying.i also asked for an id # he said he didnt have to give me that either. he did provide a number 1371612538 the number to our conversation entry or something. he was very rude the call was on speaker my adult kids were listening and were shocked that he was talking like he was being a manager.

i Called again to try to get through to tech {mannie refused to send the call to tech support because i was in the phone we needed to troubleshoot. they sent me through the day before. I told tech guy how i was given a ticket # for a tower out since 16th should be fixed today could he find out the info I must have wrote it down wrong even though i repeated it back.he said be right he would look into it. a few minutes later he returned with a really rude attitude telling me i refused to trouble shoot my phone they couldn't help me with my problem. he was repeating eveyrthing mannie was saying in earlier conversation and said i called being very belligerent and uncooperative i asked if mannie was the one i was speaking too again he said his name was alex garcia and his id # was 1391`677260. he in not so many words was calling me a liar about getting the ticket # it was shorter than usual. i asked if he just accused me of lying he denied it. I told him call was on speaker my kids have been listening he said oh so you are wasting 3 peoples time.. I asked why my daughter was having issues also she has sprint, he said boost and sprint have nothing to do with each other.

Would really like to talk to someone about this issue please call 253abc I really was happy with boost we have had it for about 1.5 yrs no complaints or issues at all.dealing with customer service about one issue that my dad HAD NO PROBLEMS WHEN HE CALLED HE WAS GIVEN A FREE MONTH FOR ISSUES.i WAS TOLD THEY WOULD COMPENSATE FOR THE 2 WKS WE HAD ISSUES Mannie who says he was supervisor should really not talk to paying customers the way he does. I told Mannie that they should really
actually listen to what a customer is saying and try to work with them. instead of reading off a piece of paper. he never answered one question I asked he just kept saying I understand mam. kept saying i was given wrong info we needed to reset our phone.

That’s definitely not okay. So sorry to hear that you’ve been experiencing this, @twyztedsysta!  We like to look into this for you. Can you send us a Private Message with your phone number and pin so we can check the notes on the account.

Thanks for letting us know, please wait and we'll assist on private.

Hi there, twyztedsysta. Thanks for contacting us.

We're sorry to hear you're having issues with the service. We have to have a look at your area to see whether or not there are outages over there.

Please, send us a private message to better assist you.

Please wait for what? I have not been contacting by anyone regarding this matter. What am i waiting for?

We totally understand you. In order to assist you we'd need to discuss account information which can't be in public for privacy reasons.

I sent a private message to the first agent no response. Please tell me what i need to do.

The only thing i have gotten is the run around. Im regretting paying for this month of service

My issue is the way customer service treats paying customers. I was told my complaint would be looked into on april 26th or 27th. I still havent heard from anyone regarding my complaint. Only please send a private message, which i have and still nothing.

I have sent a private message no response. Please tell me what i need to do

ent a private message to melissa

I did that with the first agent that wrote no response

Let us know once you've sent the private message.

I did exactly that with tabitha on friday. I guess i will try again. With a different agent.