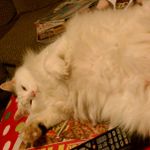 Okayyyyyy update on S9 has an Issue that apparently Doesn't want to be admitted. Is Samsung Issuing a package Patch to Solve the Issue... MY phone as well as many Others according to Reddit forums on the Sprint network are Stuck in 3G or less!! All I want is to know if its being addressed or I should just go to a New Service provider NOW?? Not going to do another Reset, another Sim card or any of that CRAP Just provide what is Known about the Issue or The lack of admission of and Issue and I'll draw my on Solution.. Ive been on Boost for 7years and the Hell of no LTE in today's technology has destroyed my ability to check security Cameras do Merchant Charge's or anything on a Network connection if it's only 3G.. Come on Update me and Others if you could admittedly state an Issue does exist.

This is a VERY well documented SAMSUNG problem. It's not just Boost. S9's on Sprint, AT&T, Verizon,. all of them are having the same issue.

Hate to see Boost getting beat up when they're NOT responsible for the problem.