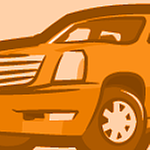 Not Receiving Incoming Calls at Home -- and I'm Angry!

I called Virgin Mobile tech support on Thursday, March 1, because I noticed that my incoming calls weren't coming through when I was at home. The problem started on Wednesday, Feb 28 when my daughter called me 7 times from the school bus and was unable to reach me.

I was told that something was wrong with the tower in that area and that it would be fixed the following day (Friday, March 2) at 4am Central.

When I came home Friday, March 2, I had 4 friends call me -- only 1 call came through. The other callers either got my voice mail or it just rang.

I called tech support again to explain the problem. I was on the phone with them for approximately an hour. They offered several solutions and even tried calling me. Nothing worked. The lady from last night then told me it would take 24-72 hours to have someone else get back to me.

First off -- as pleasant as my support person was -- this whole situation is just crazy!

I've been a LOYAL Virgin Mobile customer for 8+ years. In fact, I have 2 accounts here. The second number, which is my daughter's, works perfectly fine. It's the same exact phone as mine... same level of service as mine. Hers works with no problem. Mines receives incoming calls when I'm away from home. But at home, it's little or nothing. And "no," I haven't moved. Same address for 2+ years.

Secondly, this is clearly on ongoing problem because I've seen other posters mention it here before. Others are saying it has been weeks since they've received incoming calls. Others have said that they've contacted tech support multiple times with no hope in sight.

So why am I being forced to wait? If I were late on my payment by one day, Virgin Mobile would promptly shut my service off. However I have to wait up to 72 hours for a network issue to be fixed that was supposed to have been taken care of a day ago?

After being a customer for more than 8 years, I don't want to leave Virgin Mobile, but I feel like the end is coming. I have a business to run and I will not be gamed by Virgin Mobile while the folks behind the scenes pass my complaint from rep to rep for days on end. If there's an emergency with my daughter, and I'm at home, there's no way to receive a call. I can't work with that.

I will be writing several people within the company. It's not fair that we have to pre-pay for a service and then wait for the service to be delivered correctly, when there's clearly an ongoing problem with the service.

Your support team is 100% aware that there's a problem with people not receiving their incoming calls. Either the problem can be fixed or give me my money back and let me go elsewhere. But don't drag this issue out with no concern for the customers time.

Hey there, @missmo! Please accept our most sincere apologies for the poor experience you've had, and sorry for the late reply!

I would love to help you! To better work this out, please send me a private message including:

Since you mentioned that this is an ongoing matter as other customers have reported it, searching through your full home address will be very useful before we engage into advanced troubleshooting.

I'll be glad to definitely do my best to help you! Looking forward to your reply!

I have EXACTLY the same problem. Since December 24th that I am aware of I have not been able to receive calls at my home. I can receive calls everywhere else outside of this immediate area. My daughter is on the same plan as me with the same Samsung J7 phone. She receives calls with no problem.
Initially, Virgin support kept telling me a tower was being upgraded and to wait 48 to 72 hours. I did. Still nothing.
I was told to wait another 48 to 72 hours... still no change.
Next Tech support sent me a new SIM card. It's installed and activated; still no incoming calls at home with 4 bars!
I've had about enough and ready to take all our phones elsewhere.

Sorry to hear that, missmo. We can definitely fix that for you. Can you please send me a private message with your phone number, PIN and complete address location?

I know exactly what you are talking about. I have had this issue with my J7 refine for the past 3 months, and have si.ply put up with it. I work full time and si.ply don't have time to spend sitting on hold waiting for a representative to assist. Tonight, I finally had a free moment and called their customer assistance service line. What a joke, first the lady listens to my problem, then transfers me to a supervisor, "Mike". Well when I try to tell him the problem, he says that, " what I am telling him isn't correlating with what I told the first person I spoke to. Yes, well I told her I have not been able to send or recieve calls with greater than 30% efficacy of success in more than 3 months. He kept interrupting me, and then called me a liar. I was absolutely shocked.. is this how virgin mobile trains customer service reps?! I demanded to speak to his floor supervisor and Mike promptly hung up the phone. When I called back he refused to accept the transferred call from the new rep. It is disgusting how horrid their service is. If I cannot get this issue fixed to my satisfaction I will be changing providers. I am still in shock that I was treated in such a unspeakable manner.

Hello DaKidIzz. Sorry to hear that you feel like this. Please send us a private message to assist you. To send a Private Message, click my username or picture, then click "send this user a private message".