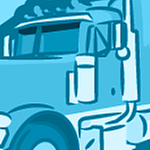 Hate being lied to

In December of 2018 I switch to Boost Mobile from Metro PC after being told that boost has way better service then what I was receiving and is cheaper then what I was paying. At MetroPCS I was paying about $90 a month for two phones with literally unlimited everything. We wanted to add a phone for 12 year old son but it was going to cost more. So when we switched the Boost we were excited to get 3 lines for $120 that also had unlimited everything. We thought we hit the jackpot, but that was a bunch of crap. Since December we've had such **bleep**y service on all three lines to the point the phones only work when we have Wi-Fi on. Is extremely frustrating when you're on the go and your phone will only work what is connected to your Wi-Fi at home. We went in a couple times 4 someone in the store to help us they would enter this code and it would be fixed. But going in two to three times a week is absolutely unacceptable so the person at one of the stores gave us the code to do it ourselves. The code is
( ##72786# )... we have to do this now almost everyday. I am extremely upset that I can't ever get ahold of a agent when I call customer care. We shouldn't have to be doing this just to have the option to have the phones I feel that I was tricked into switching my phone lines due to false advertising. This is extremely unacceptable all this shows is that Sprint which Boost Mobile's lines are on is not as great as they say they are I rather pay more and have perfect service with everything that was promised. Then to save a few bucks I have **bleep** service I've been dealing with this since December and I've been paying $125 for 3 lines of crappy service
. I FEEL lied to and fooled. Because of all this I feel that boost mobile has pretty much stolen A lot of my money because I spent it on all lies.

Hi there Gralphs. Please allow us to look into this by sending us a private message with your phone number, pin code, and street address. Victor21