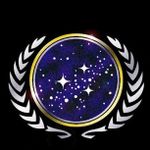 I was told that "upgrading" my sim to the Expanded network would provide "stronger signal, faster speeds, & more coverage". That was a lie! I now have NO SERVICE in buildings where I had full bars (very strong signal) when on the old Nationwide network sim card. Can't get faster speeds if I have no signal! My phone is virtually useless now for the 8.5 hours a day that I am at work & useless in most stores because I have no signal/no service inside most buildings. There are even places outside that I have no service, where I had full bars on the old sim card. I guess I need to find new cell phone carrier since I am currently paying for a phone that I can't use since it has 'no service' at least 75% of the time. Wish I had read other people's complaints before "upgrading" (which was apparently a 'downgrade') to the 'expanded network'! 🤬

Exactly the same issue!!! I can't believe I so foolishly switched!

My phone is roaming unsteadily at my work place...thankfully we have wifi but it has been ridiculous!!!!

Hello calalily687. We're sorry to hear that you're affected by this issue. At the moment we're in the process of building up our new network. Our coverage will keep improving exponentially as we set our new towers and expand our coverage to reach the same and more as our previous network. Your patience is greatly appreciated in the meantime. You can use our coverage map to verify what sort of coverage is available in your area clicking here.
- EdmundM

My signal went to hell just before july 4th and has not improved since. Since i run a business out of my home i will probably be dropping boost mobile service.

Having same prob with old sim card so it's not just the upgrade. Paying 50 bucks a month for service I cant use most of the time to.. have reported this to them 6 times and they keep trying to blam it on my phone.. works everywhere else but where I live..

Same exact issue here. I am so upset with Boost. I've had great experience with them with service and affordable plans until now. I went in store 7/7 thinking nothing of it when I changed over and i completely regret it. One line would not recognize the new sim card at all and kept stating was incompatible and the other same problem as you. My husband got fed up and changed over to new carrier today. Boost was no help at all and states could not do anything about it.

Yep. Been having the same issue. My husband didn’t upgrade to the new network, his phone works fine!
mine hasn’t worked in 3 weeks with service while in my home or half of the town I live in.
I have a special needs son and it’s important for me to have a working phone.
All boost could do was come up with excuse after excuse, wouldn’t listen. Spent 3 hours on the phone and NO ONE could figure out what happened.
Paid $20 toward an $80 phone bill.

Since it's apparent this new system doesn't work. Can I use my current SIM card in a new phone, if I need one?

Thank You all for Opinions and Guidance ｡◕‿◕｡

Same! I got sent the new sim in the mail saying I needed to upgrade and to call the number. I called the number and got the sim activated but my phone kept saying that the new sim wasn't compatible. The phone person said I couldn't downgrade back to my old sim and said now I needed to go into a store to get it fixed...great. so the next day I go to the boost store..surprise surprise it can't be fixed and using the new sim made my phone useless so I needed to buy a new one that I really can't afford..fine whatever. Frustrating but things happen, right? BUT THEN after being told how much better and faster my service would be, I get home and MY PHONE CANT SEND OR RECEIVE TEXTS OR CALLS. ZERO SERVICE.  I spent forever on the phone with boost for them to eventually tell me that they didn't cover my area. I told them that I've had boost forever and that my old phone on the old network worked perfectly the day before...they said the new network was different and that it received very poor signal in my area and that the new network didn't support INDOOR coverage yet and that if I needed to send or receive a message I would have to go outside (doesn't really work outside either by the way). So I had perfect good signal, switched, had to poop out cash I didn't have for a new phone when the sim wasn't compatible with my old phone, get a new phone, and then have zero signal. We should NEVER have been lied to or told to switch until AFTER the towers were ready! I am so so angry, disappointed, and honestly feel betrayed by a company that I previously adored.

This is ridiculous. Been using an iPhone 6 for the last few years on boost and everything worked fine on the old network. Upgraded to a new phone in June and my internet been crap since. Stuck at 2 bars but very slow internet. Internet stops working and I have to literally turn on airplane mode and then turn it off and the internet works for a little bit. This is an all day thing.

Outside when I’m working out in my city downtown area. I can’t even listen to music because the internet keeps stopping. It’s not the phone because I can switch to the public downtown WiFi and the music works. This just started after the last few weeks.

Luckily I did buy a iphone with no carrier attached so I can switch companies.

anyone find a solution besides switching carriers?

I checked the coverage map. My whole dang city is covered.

Yeah, I’m have the some issues as everyone in this tread; my phone worked perfectly with the old SIM card but when I upgraded my service is unreliable may need to switch carriers. I’m just upset that I convinced my wife to also swap out her old SIM card and her service is as unreliable as mine has become since the switch. We both run businesses from home and need our mobile phones to work. I’m really upset because I have been a loyal customer of Boost mobile since the chirp phone days from the beginning. Well I guess everything has a beginning and an end. Will be changing carriers soon.

I started having these same problems about a week or so ago, this is awful. My "no coverage" zone seems to be expanding about a 1/4 mile a day in the town I live in. I had no idea they were making changes, a little warning would've been nice so I could've known where to start looking for answers when this problem started.

I haven't had service in NINE DAYS because apparently the Samsung S8 isn't compatible! I shelled out $800 for this phone thru Boost-UP and can no longer use it! I WILL NOT BE PRESSURED into purchasing a new phone when there is NOTHING WRONG WITH THE ONE I OWN NOW. IMO this is on Boost to fix and make right for ANYONE who owns an S8! They should be paying our bill until it's corrected. The 'new network' isn't FREE either. My bill jumped $10 because I was forced to take their new SIM card. THAT DOES NOT WORK.

Same. Do you get messages that ‘your SIM is trying to text you/Accept/Decline’? And then when you hit accept, nothing happens and no text arrives?