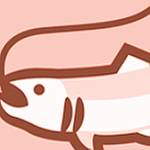 I started back with boost Mobile 2 months ago after being with metro for years and it was probably the worst decision I've ever made. It has been a nightmare. I have an LG K51 phone that I have had to replace 3x in 2 months. We only get a data connection about 70% of the time. The other 30% the data connection is slow as molasses. I have visited mutiple stores, and I have been on the phone with them at least 5 or 6x about this problem. The 800 number tells me there are no problems and the guys in the stores say everybody is coming in and complaining and there is nothing they can do. I have done all the work arounds and literally nothing works. I don't want someone from boost to message me either saying contact them privately because that does nothing except keep me on hold for an hour or I get hung up on. I pay more for a prepaid family plan then I ever have with any other phone company and we have the worst service. It is rediculous that we have to piggyback off each other's hot spots for our phones to work consistently. I wonder how boost would like it if everyone having connection problems only paid 70% of their bill. Where the hell is this enhanced network they keep saying they have. I demand to know when our service is going to be fixed, because if it's not by the time the next billing cycle comes around we are leaving the company and I'm tweet and go on ever social media outlet and talk about boost ripping off its customers

So sorry about the trouble! We'd like to help. Can you please send us a private message with the details, so we can work through this?