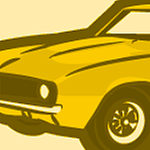 Bought a phone, after first day the signal is terrible: MotoG6 Play

Bought the phone probably two to three weeks ago, the first day I activated it, it had a great signal, I was able to use google, and other things without a problem. Then the second day, and many days till now, the signal is very weak, I can't properly do anything(such as send messages on Snapchat, play games which require online connections, or download things), and I'm starting to feel like coming back to boost was a mistake(didn't have problems previously, though I switched to a different service since the new phone I had bought before did not have support by Boost.) I've tried looking into other things, but I have no clue what the problem is.

I was with Verizon before not too long ago, and the signal was fine(except I was paying 50$ for only 7gb a month, and data was limited), but now I'm with Boost, and it's awful, so I don't think where I'm at has much to do with it if another service was able to give me a decent signal. Another thing is, is when I lye the phone flat on a surface, its able to give me "okay" service, but I shouldn't have to lye the phone down in order to get a good signal?

Is anyone able to help?