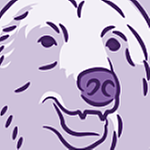 Boost mobile:-they have terrible cell service -they do not honor their 7 day unsatisfactory return policy. -they have dishonest store representatives and costumer service.
I have tried Boost mobile for 2 months and i am extremely dissatisfied with both their cell service and their costumer service. My husband and I recently moved to the St. Louis area and decided to try an new phone plan with more GB of data instead of purchasing an internet plan for our home. We were excited about their 3 lines with unlimited data and 20 GB of hot spot. We talked with a boost store representative, on Friday, who helped us get it set up. He confirmed that all three phone numbers could be moved over to the boost mobile carrier and that our house were we live would get good LTE service. We left the store and a few hours later we got a call from the store representative saying that two of the phone numbers would not transfer over. We were out of town and told him not to start the 3 line plan (just a 1 line plan) because we didn’t want to change our phone numbers. We decided to go back into the store on Sunday as soon as we got back. On Sunday we went into the store and were told that the representative we talked to wasn’t there and that the current representative didn’t understand our situation and couldn’t help us. By Friday of the next week we had also discovered that our service in our home was TERRIBLE. I couldn’t load Facebook or YouTube. We went back into the store that Friday and were told they started the 3 line plan and had changed our numbers. We were frustrated but decided to just keep it. I asked about returning all the phones and they said they couldn’t do that. I asked the representative about the service answered he said if we called 611 and talked to the customer service that they would send us a free service booster. He even showed us the service booster that they had sent him. He also informed me that if I wanted to change networks I could and that they would unlock my phone free of charge. The following 3 weeks I spent almost 10 hours over 7 different phone calls to costumer derive trying to get the service problem resolved. I was promised if I followed the process that they would send me the booster. Towards the end of the month I finally talked to a boost technician who informed me that Boost Moble doesnt have any Services Boster. They told me to call Sprint. I called Sprint and they refused to send a booster because I’m not with their carrier (which makes sense). I also asked Boost Mobile about unlocking my phone so I can go to a different carrier and they said the would not unlock my phone until I have been with their service for a whole year, until June 2019. So I am stuck with their service for a year, and I don’t get any good cell reception in my home or in many other parts of MO that I travel. I am Very frustrated. I requested to talk to the representative’s general manager and he said he didn’t have one. There has been no reconciliation and no reimbursements.