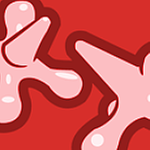 No service after getting new phone

I've been dealing with this issue for months now. I had a moto play and got a new moto fast on 10/30/20. Ever since activation, I lose service randomly at places I never lost it before (mostly at work).
I could have anywhere from one bar to full service, and all of a sudden there's a little X in the corner of the meter, and I can't do anything.
I've contacted customer service several times now. They've told me to clean the sim card, turn the phone off, etc.
The last person told me that I needed a 4g sim card and to go buy one at the boost store. I went to the store and the person there said they only have one kind of sim card and it's the same as the one I have? Then he said it was probably because boost is t-mobile now and the service isn't as good.
I don't know what to do, but I know this loss of service happens all the time. and it's really frustrating.
I'm actually on my work cell now (sprint) because my personal phone isn't working again. No calls, no texts, no data.
Going on 3 months with this.
Any pointers would be appreciated.

I'm so sorry we let you down, KilgoreTrout. We're always looking to provide the best experience for our customers. Might you be up for sending me a private message? I'd love to know more about your experience and how we can make it better.