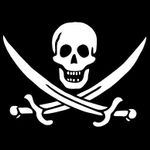 Some users report poor microphone audio on outbound voice calls after installing the update to Nougat.  These microphone issues may randomly cause called parties to be unable to clearly hear the person speaking into the Stylo 2.

Impacted users should power cycle their phone to temporarily resolve any outbound audio/microphone failure.  This will be permanently addressed in an upcoming software release.

No ETR at the time for that software release but typically it's a few weeks after such an announcement.

This issue has been addressed in the release notes for LS775ZVA.

Give it a test and let us know how it's going.