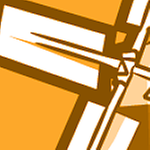 My LG Stylo 2 phone has been so annoying lately. When using Google Maps I will very frequently get a message saying, "GPS signal lost" and it will often lose my location during a trip. It's happened twice in NYC lately (a horrible time to lose GPS)! Also I lost GPS signal in several other states this past weekend. Sometimes GPS will only work 1 minute before losing my location. I have the latest version of Google maps. I also did a factory "data reset" on my phone. I called Boost support and they walked me through a "update profile" under system updates (I think that was what it was called). I've calibrated GPS, I've powered off, removed battery, removed card and still the problem persists.
Any suggestions what is wrong? Has anyone else had this problem? I can use data just fine during the times that my GPS is acting crazy.

Sorry to hear that you're having issues @JoeClaus. Can you please provide us a cross street and the zip code to verify the service in the area where you lost the signal?