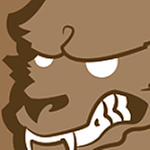 I switched to Boost in March of 2019 and am beginning to regret it! I have 4-LG Stylo 4 phones and they are having the same network connectivety issues as Ive read from other consumers. I've been back and forth with both LG and Boost both passing the blaim back to the other. A Boost customer service agent even told me it was a problem with the software on the phones and sent me back to LG. What i don't understand is why i can't get 4 working replacement phones? I spent good money on 4 brand new phones i expected to work. I don't want to send my phones in for "repair" only to be told nothing is wrong with them. All I want is 4 brand new fully functional phones or Boost will lose a good, loyal customer. This SHOULD be a pretty simple and quick solution but Boost and LG want too drag it out because neither company wants to take responsibility to just replace the defective equipment!

Edit: HD streaming is supposed to be included but i can't stream videos higher than 240 or 360 without a lot of buffering or error messages telling me my bandwidth it's too low. I'm not getting what was advertised. Isn't false advertising illegal?

This has nothing to do with warranty issues. I was sold DEFECTIVE PHONES and no one wanted to replaced them. I just want them replaced. That simple!

Oh no! Sorry to hear that. Definitely wanna look into that for you. Please send us a private message so we may work directly with you.

Surprise! Surprise! Once again Boost is sending me BACK to LG. Neither company wants to do anything to make things right forthe customer. This is the worst customers service experience i have ever had! Will be changing carriers soon if this continues with no resolution!

Unfortunately, if the device is not responding to the troubleshooting, it needs to be sent to the device manufacturer for repairs.

I've had the 4 phones for 4 months now and i have not had the full extent of services that i was promised. I was lied to when i got the service and was sold defective phones to boot. This is a problem that Boost NEEDS to resolve immediately. All you people are doing is reinforcing my complaint!

After several quick responses to private messages, i was once again pushed off to LG and now I'm being ignored by Boost. I don't understand why it's so hard to get this resolved?!?!?

The phone is defective it does not need repairs it needs to be replaced! LG keeps blaming the network and wont do anything for me. They keep sending me back to Boost! This should not be going on for 4 months! It should be a simple phone replacement and this would be all over. Unless of course you don't care if you lose a customer....

I have a complaint. I've been with your company for years now and I keep having issues with your services alot recently with all my service phone text and internet. I'm really thinking of changing my service provider if this doesn't get resolved fast. I pay y'all every month on time I should be able to use my phone when I need to

They keep deleting my posts about changing carriers because they won't do anything to take care of their customers!

We understand your frustration & are truly sorry for the inconvenience! Sadly, the warranty coverage is offered by the device manufacturer and it consist of repairs. Please contact LG and explain to them that we have already determined that it is not a network issue.

Boost sells defective equipment and doesn't care about their customers. They are ignoring me and deleted my last post that talk about my disappointmentwith this treatment. I hope they realize they are just making themselves look worse for not correcting these issues!