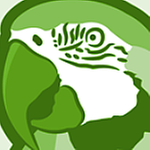 Hello, I've had an LG Stylo 4 a bit over a year and a half.  About a week ago I was on a call when I noticed the screen had changed and now had these white/grey vertical lines. The whole screen was disoriented (double of things) and the sensoring? was off, the screen wouldn't recognize my actions and end up clicking other things. I couldn't even turn off the phone because of this so I ended up doing a hard reset which I claim as a mistake. This didn't help and rather made things worse as I was unable to enter my phone pin to access it. I ended up just leaving the phone to die, the next day I charged it and turned it on- it was a miracle it actually helped. That is until now, the same thing is happening this time but I had just pressed the power button on my phone to see the time, noticing the screen is fully black now. The phone recognizes my fingerprint and "opens" but just to a half grey half white screen with dark grey vertical and horizontal lines. I see the phone is still active as well since the LED notification light is flickering. I'm planning on letting it die once more. But what could the issue be here? I'm convinced it's a hardware problem now. fyi I have never had this issue before, no damage from dropping has occurred or have been dropped in water.

Hey there @cahelolo We apologize for the inconvenience. How long is it that you purchase this device? Because base on the details you have provided is better to contact the warranty of the device (LG), for proper assistance?

If I remember correctly I got this device around December 2018

We understand. Did try the previous step of turning the phone off and on?

In that case the device will be out of warranty. But, you still can contact LG, so they can troubleshoot the device. Did you added phone insurance?

We understand and we apologize for the inconvenience. On Boost Mobile, the warranty is provided by the manufacturer of the phones, in this case, LG. Any repair request needs to be handled by them based on their procedures. Since the issue with the screen was not fixed doing the factory reset, they have to take a look at the handset itself to find the cause and fix it if possible.

Thx for the quick reply. That is why I am curious to know if this user has resolved the issue.

On the other hand, Boost definitely has more power over LG than we individual customers. After all, when a Boost's customer is hurt, Boost is hurt too.

Is the issue resolved? My Stylo 4 just started to have almost similar problems, and it was purchased at almost similar time. Seems that batch of phones, at least the ones from Virgin/Boost mobile store, have this screen problem. It is a hardware problem, either the touch screen itself, or some connections to it, or both. I tried factory reset, didn't help. So it is not a software driver problem.

I contacted LG, but they said it is already out of their 12 month warranty, they will charge for the repair, without giving estimates. They asked me to contact Virgin/Boost mobile for help. I don't know if Boost mobile would step in to help.

If this issue is not resolved, we should definitely leave warnings at least at the Boost online store, and other places if possible,  about this problem, so that no one else would encounter similar problems later on other LG phones, which may use similar screens.

Exact same issue I am having ..my friend warned me about I it he has same phone his went squirrelly on him 2 months go. Seems it's a common problem known by LG. They should fix or credit towards a new phone. By now with social media they wouldn't want the bad press.

Sorry to hear that, @lx. The issue described is phone related. To get it fixed, you'll need to contact LG for help. As they stated, if the handset is out of warranty, you'd have to pay for the repairs. In case you prefer to buy another device, visit our website to see the cellphones and discounts available. Here is the link: https://boost.co/2ERz8R5.

My parents have LG Stylo 4,s and they themselves have had issues not as severe as mine though. Our final solution was to buy newer phones so we bought the LG Stylo 6.

Have you tried taking out the SIM slot and blowing it? It seemed to have worked on my LG Stylo 4, unfortunately it's a late fix

Thx for the info. I did try even to take off the sim card, no luck. I sent it to LG for repair. Let's see what they say about it.