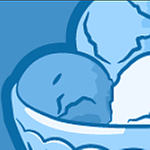 I Have An LG Stylo 4 That I Got Four Months Ago And After The Phones Battery Died And I Went To Boot It Up After It Charged, A Message That Says "Images Of Verified Boot Not Installed, All Slots Are Unbootable" Comes Up At The Bootscreen, Therefore Putting My Phone In A Bootloop. I Did Not Root My Phone Or Put Any Xposed Mods Or Anything Like That.
Is There A Way I Can Fix It. I Would Appreciate It

How do I hard reset?

In the first step turn off the smartphone by holding the Power button for a few seconds.

Then choose Volume Down and Power keys together for a few moments.

When the LG logo pops up release the Power key, keep pressing the Volume Down and then press the Power button again.

Now select "Yes" two times by using Volume keys to scroll down and the Power button to confirm that.

That process does not work. All it does is say "recovery mode " for a few seconds then screen turns off again and nothing happens.

Hi there xency. How may we help you?
- Victor21

Hello, TheBW. Thank you for reaching out to us here. We'll be happy to help. Have you tried to hard reset the phone to fix the issue?

Hi there thedee.Thank you for contacting us. This sounds like a software issue. Please send us a private message so we could look further into this. Victor21

I have been paying for this line from day one, and the phone is not working. Wasting money paying for phone that will never ring. Losing money from biz every day, too.

Please send us a private message so we could look further into this. Victor21

My LG Stylo 4 is doing the same thing. The battery stays on 0% after being on original charger for hours. Phone just keeps starting, giving that 'unbootable' msg, screen goes black and restarts with same msg. It just loops this cycle.

Trying to reboot with reset[power and vol.down], says 'recovery mode loading... then shuts down to start back up with same problem. Had this phone only 5-6 months, never dropped, no water. Just dead battery. Only used phone maybe 6 times since had it.

I am beyond frustrated because its my biz number and i have 4 lines with you guys. Need HELP ASAP.

Same thing is happening to me. Everyone keeps saying hold down the power and volume down buttons as if it is always supposed to work. Well it doesn't and I can't figure out what to do now or how to bypass the boot loop.

All cases are different. We need to verify the issue with your phone to continue. We have marked your message private to continue. Please provide us with the details.
- Victor21

Hi. You would tap on the representative's name, and it would give you the option to send a private message. Victor21

I just sent a msg to you.

How do I send a private message?

Thank you. We replied to your private message. Victor21

I know its been a month since last messaged about issue, but phone was rebooted as instructed, and on this community, someone was told to remove back, take out battery and replace it, then try to power up. WRONG, WRONG, WRONG...

Went to LG site support and said NEVER take back offor try to remove battery. Phone instructions were wrong. I got a phone from BOOST and so when it wouldn't charge[never wet, never dropped-no damage, just wouldnt charge] I wentr naturally to BOOST site device support.

My device, LG STYLO 4 is not listed or illustrated on that page. STYLO2,3,5 but no 4. So came to the community for help. It was here that someone, identified as AGENT, instructed user to remove back, reboot, etc... My phone was destroyed after that. The screen had squiggly line obstructing screen display.

Now with destroyed phone, and still paying for a 4th line, I went into store. Saw rep there and together we went to support page and community, where she verified my complaint. I was instructed to contact corporate or customer service. I did so.

Told my story to cust. agent, 20+ min. on phone, and she said 3 options. Since wasn't member of BOOST service for 12 months, couldn't get upgrade. And musst be primary acct holder. I am. Next, she said there are deals she could offer me from 20-70.00 devices...after asking about my budget. It was absurd to offer me the opportunity to walk into a store and PURCHASE a new phone like anyone else off the street. It was this site's fault that my phone is inoperable. Then she said theres something called SMARTPAY.??? A partner with them and I could purchase another phone with an installment plan. Absurd, as well.

She put me on hold, she said, and after 20+ minutes explaining my dilemma to someone who must be outside of the country and reading from a script, who clearly did not understand what my issues were, I got a dial tone. Called back and was referred to someone else. Was connected and guess who? LG technical support.

Told the person with whom I spoke my issues and by the end of what was an 8 minute phone call, his conclusion was that there was nothing LG could do for me-IT WAS BOOST MOBILE ISSUE. They tried to pass the buck and not take responsibility for the public info on their website.

We spoke more and I mentioned that this site must change, not for me, but other customers. Surely, I can't be the only one who's experienced similar problems with misinformation causing damage to a device. Was told, suggested that I file report with BOOST, detailing my issues with photocopies of site views of no device support for my model and misinformation provided to the public by an AGENT here.

I contacted SPRINT and they referred me to BOOST, as well. Now let's see what happens next. My issues are no longer private, but public, and BOOST needs to be seen as the good guy, doing the right thing for its customers. Their brand at stake for a cell phone????

That is about the bulk of it, with few details untold here. Story remains 100%true.

By the way, Victor21, never got reply.

Same here. Im having the same issue. Phone worked perfectly fine, went dead one day and i went to charge it and noticed it wasnt charging right. I got the same message error. I called Boost and they didn't want to help me with the issue at all and said i have to buy a new phone. I said, "Why if it malfunctioned out of nowhere? I never dropped it, got it wet, or anything. It's worked perfectly until this day." She said there was nothing they could do. I went to look for aupport and couldnt find the lg stylo 4 on their web page either. I also have another lg stylo 4. It works. The screen is cracked, its been thrown, left out in the rain, (not by me), and it still works perfectly. So why did the other one just stop? Why can't I have a replacement? I've had so many issues with boost.

Hello Yaebella. Definitely wanna look into that for you. Please send us a private message so we may work directly with you.