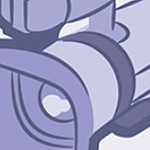 Ended Up Having To Pay Activation Fee at Boost Mobile Store

This is just a complaint regarding my experience as a new Boost customer.  I left my previous carrier after many years to take advantage of Boost deals.  I ordered two LG Stylo phones online and received the phones in a timely manner.  When I went online to activate my phone activated with no problems.  My boyfriends phone would not activate correctly with his ported number.  I called Boost Mobile last Sunday and after speaking with 3 different representatives for at approximately 2 hours the problem was not resolved.  The second support representative was unable to fix the problem, put in a IT ticket and told me to call back in 3 hours.  The last support representative was very helpful and seemed to know what the problem was and continued to assure me my boyfriend would still be able to use his ported number. She told me to go to a Boost Mobile store and not leave until the problem was resolved.  I went to a Boost Mobile store the following morning when it opened and was told by the girl working there that the ported number did not exist and that it could be used.  I told her there was a ticket open on my account and to please call support.  She insisted that the ported number was not available and I could fix the problem with a new telephone number.  Since I thought that was the only solution I agreed and the phone was able to be activated.  I told her I already had a $30 credit on my account that did not go through yet she proceeded to charge me $50 plus a $25 activation fee even though I tried doing this all online to avoid this fee and was told my the support rep on the phone to go into the Boost Mobile store.  A support rep called me later in the day to ask if I still wanted the ported number because he could change it.  By then it was too late.  My boyfriend gets emergency calls 24/7 and could not go the day without a phone.

Having  my account charged twice and my boyfriend not being able to keep his old number was highly upsetting.  At that time I was regretting my choice to switch.  I really hope I will not see anymore issues with my service with Boost Mobile.