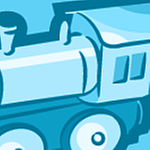 Need help unlocking my phone for another carrier

I have been a Boost customer for almost two years and have been pleased. Five months ago I purchased an ‘unlocked’ phone from boost. This month I moved to a new State and have little to NO boost signal and service. I hated to change carriers but I have no choice. I contacted Boost and told them the issue. They offered me a free month and asked me to stay with them. I told they it was no point if I had no service. They apologized for the inconvenience sent me my account number and said I was good to go and my old number would port over to the new carrier when I installed their SIM card. When I installed the SIM from the new carrier a message came up on my phone that the carrier had not unlocked the phone and the new SIM would not work until the phone was unlocked. I contacted boost they said not their problem. They said to contact Apple. I did and Apple said the phone was unlocked but the carrier settings were not (Apple was wonderful to work with). I contacted boost again. They said they could not unlock the phone because I had not had the phone 12 months - even though I have been a customer for at least two years. They said they could do nothing to help. I asked what to do because I have no service and am stuck. Boost said to sell my phone and get a new one with another carrier. WHAT??? I just received the phone five months ago. I don’t need a new phone. I just need to have it unlocked so I can have a working phone.

Another big issue I see with this is that they said boost was ‘no contract’. BUT requiring someone to stay with boost for 12 months before you can have your phone unlocked IS a contract. And isn’t it illegal to ‘lock’ phones now anyway?

Lastly this would be SO MUCH easier to deal with if Boost support was kinder. All of the people I have spoken to have been rude.

If someone is able to help me get my phone unlocked I would be most appreciative!!!

Hi there! Sorry to hear that you’ve been experiencing this issue! We’d be happy to help. Please send us a private message with your phone number and pin code to assist you with this.

Hello! If you want to use one of our phones with a different service, it needs to meet some requirements to be unlocked. The phone must be active for at least 12 months on the account, not been reported as lost or stolen or otherwise flagged as ineligible to be unlocked. If you meet the requirements, let us know.

@NCman31 To send a private message, go to one of our agents profile and hit the "send this user a private message" button. It's under the contact section on the right side of the profile, right next to their badges.

Hi. I'm planning to travel outside the US and will be using a different sim card while abroad. How do I request to have my iPhone unlocked?

How do I private message you?

Thanks for your reply. I had my boost account more than a year and it's never been reported as lost or stolen. I bought the phone from the Boost counter in 2017.  I'm requesting for the unlocking service so I can use it when I travel in Asia. How do I send this request?

Hi, kris_s_h. Please send us a private message with the account phone number, pin code, and the IMEI number.

Hi there, @Pltr1407! Please, send us a private message with your phone number, PIN code, MEID/IMEI number of the device that you would like to unlock, and your email address to further assist you.

I need help with this too

Can you help me please, I need to unlock my phone  (Iphone s8 plus).  I need to use another carrier but my phone doesn't  accept the "sim". the phone was a gift from my sister and I'm from México
I hope you help me.

Hey there, @Omareo Do not share your personal information in a public post, please contact us through private message since we've replied to your messages there!