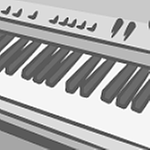 I contacted an editor of a prominent Apple-related blog to help get to the bottom of this. (I'll be honest, I had fantasies of a hardhitting expose' where Virgin execs dodged cameras with their faces hidden). He contacted the VM Spokesperson, who replied with this:

"As for the availability of the iPhone X, we have stayed in close contact with Apple since the announcement of the iPhone 8 and iPhone X. We have relayed the timeframes Apple provides us to customers since November and unfortunately, those have changed frequently and also been delayed. I hope that helps."

At least it's not the canned copy-and-paste response that's been parroted repeatedly on these boards. I actually don't think this is B.S. I think Virgin is that impotent of a company that they are no more than an afterthought to Apple and have no muscle to negotiate a legitmate contract that ensures them at least some product. Also, if anyone is blocking them, it's probably Sprint, not Apple (why would Apple distribute phones to all other carriers but not Virgin?).

FYI: I did ask permission to post this before doing so

Now time to be productive ... Hope this was informative for those still waiting but not wanting to switch to another carrier yet

Some people actually have taken shipment.. there was a guy here who ordered on Black Friday and got their phone just a few days later. I think it takes some extra processing time to set up the phones with virgin mobiles specific programming and of course the major four wireless providers get first dibs at phone shipments which means VM is at the bottom of the list to get them which led to the delays. With that said, Apple is churning these out in 10x greater quantity now than last month so I was really hoping to get my order soon at this point as I’m getting seriously frustrated and the canned responses from agents is like a slap in the face.

Thanks for that info. I had to look back for the post you mentioned - If I saw the correct one, I do wonder if that person got theirs from another source and activated on Virgin's network as some others have posted (although that wouldn't explain how they got a rebate ... ). I pre-ordered within 2-3 hours of when we first could (3 weeks BEFORE Black Friday), so there's no reason they should get shipment if I have not (and I won't get the $200 rebate either).

Whether it was an Apple-supply or Sprint-blocking-Virgin issue (I would believe the latter but have nothing on which to base that), better PR on Virgin's part would have left many more patient and satisfied customers.

I'm actually looking into the SIM-free version now and if I go that route, I'll post to let everyone know if I was successfully able to activate it (I'm reluctant to jump through the hoops without better guarantee of success ... apparently getting a correct SIM card is a hassle and I don't know if I can bring "BYOD" to my plan).

If you go to the Apple Store to get the sim free model it is pretty each to check.  The Verizon, Sprint and sim free models all are capable of working on Virgin Mobile.  Whether Virgin Mobile whitelists a particular IMEI or not is a different matter and the only way to know is to attempt to activate it.

Apple has the needed sim (SIMOLQ416Q) and can activate the phone for you in store if the IMEI is whitelisted by Virgin Mobile.  However you must do this in  person at the store and not online  with Apple or by phone.

If you do go that route make sure you see the sim before the employee tries to activate the phone.  Apple also has SIMGLW436C and that is not what you need.  Apple Store employees are not generally familiar with the complexities of Sprint sims.

If Apple is unable to activate it for you in the store, simply return the device if you wish to use Virgin Mobile.

For what is it worth, Apple does list Virgin Mobile as a carrier.  However, if you look at actual ability to buy a phone Virgin Mobile is not an option.  Phones for the four majors carriers and the sim free model are currently available.

He said “Yeah I Pre-ordered on CyberMonday 11/27 actually and they shipped the Iphone X on the next Thursday 11/30 (I was pretty shocked how early). I then received the phone on 12/4.”

Given that he said preordered I would assume he means from VM. Preorders from Apple ended in October. If I were you I would definitely just get unlocked from Apple.. only reason I’ve been waiting is for the rebate offer.

Even so, if shipping was estimated 2 months from the jump, then VM should not have advertised that they’re selling them...

They are purely ridiculous and they are not thinking about their customers, whom by which can order or buy their iPhone X elsewhere.

I ordered my phone on Black Friday also and I am STILL waiting for my iPhone X. So who is this guy and what kind of pull does he have. Virgin Mobile conveniently put in small print that all pre-orders made on Black Friday (or before) had an eta: 3-4 weeks from their order date. Which means I was supposed to receive my phone either the 8th of November or the 15th and now I am being told that I have to wait until Wednesday, December 20th and they are not even guaranteeing me the 20th. As if waiting a month for the phone wasn't enough, I have to wait another week? But, no biggie, right? I could've gone to Best Buy to get the iPhone in my hands that day but I decided to go with Virgin Mobile because of their $1 for the first 6 months + a $200 Visa Gift card Black Friday deal. This headache out weights the deal at this point. Currently waiting for the "back office department" to give me a call back for the fourth time. FYI- I have been with Virgin Mobile for 4 years. This is how they treat their loyal customers?

Same reason I am still waiting for my phone from Nov. 24th (Black Friday) until now Dec. 14th, because of their rebate offer. If this wasn't the case I would have went straight to Apple or Best Buy and got it in my hands that very day.