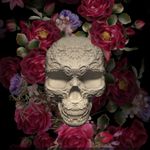 I was having major issues and still am by the way, with my cellphone that no one at boost could explain. So on my last conversation with the person i was speaking with before i decided to do this as i said to him well since i have tried everything you have suggested and nothing is working and you cant explain why its happening. Do you suggest i maybe should consider an iPhone instead of the android i have always had. He stated they were good phones however if a hacker wants in they will find a way. Well that sure made me feel safe.... So i asked him to look over my account to make sure i was eligible for another boostup! I had just paid the previous phone off about 6 months prior.  He said yes it looks like your good to go did you want to do that now with me while your on the phone? I decided not to because i seriously wanted to look around at other companies.  Then he reminded me  to make sure I put in the new sim that was already being mailed to me for the upgraded service for better coverage that they were sending everyone for free with the take over of  T-Mobile and Sprint. He then said it might even help with the problems hopefully i was experiencing.  I agreed to wait.  I received the sim put it in my phone and decided for added security lets change my number too. I explained this and everything i wrote above to the next person i spoke to when i got help to change my number she knew i was planning on using my boost up to get a new phone..

At  no time did either of the people say. OH by the way you should get the phone first..... because once you upgrade your phone you will be starting all over. FROM THE 15 plus years i have already used them. So when I tried to get my new IPHONE I was no longer eligible for boost up. WHY? because i have only had boost for less than 30 days...... What about the past 15 years ? was i just imagining this???? I hung up,

Anyone from boost care to elaborate on this ?????